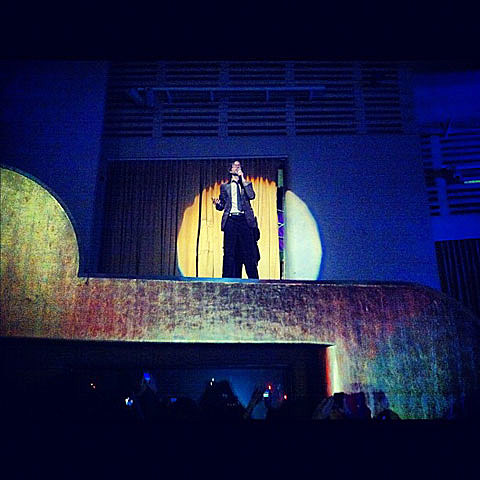 Pulp played their second of two shows at Radio City Music Hall last night (4/11), and though the setlists were pretty similar with the same amount of songs, they mixed it up a bit. This time "Misshapes" was played at the end of the encore instead of at the beginning of the show, "Bad Cover Version" was played in the encore instead of "Live Bed Show", and they played "Monday Morning" instead of "Party Hard." Check out the first night's setlist and pictures HERE. Check out the second night's setlist (UPDATE: Pictures HERE), below...