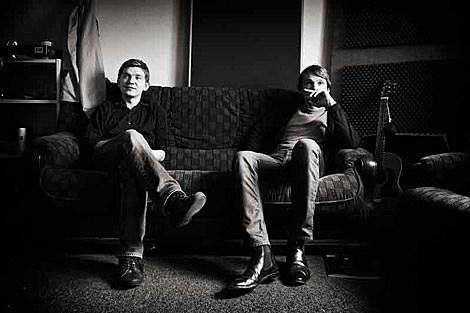 Sunderland, UK's indie-prog-pop band Field Music are back from a two-year hiatus, with a new line-up and a new LP, Field Music (Measure), due out in February. Before that, Field Music will play The Bell House on December 3 -- their first NYC show since March 2007. Tickets are still on sale. Still anchored around brothers Peter and David Brewis, Field Music are now a quartet, with two new members replacing keyboardist Andrew Moore who is training to be a professional chef.

During their hibernation, both Brewis had high concept solo projects: David recorded under the name School of Language, an almost clinical exploration of phonetics; and Peter made the excellent The Week That Was, a concept album about the news media that was equally influenced by Paul Auster and '80s Trevor Horn production style. David played drums with The Week That was, so it's not like the Brewis brothers had that much time apart. And judging from the new two tracks they've offered up as a free download (after giving them your email address), Peter and David are still doing their own thing, just now under one roof. David's "Each Time is a New Time" starts off with a almost Southern-fried boogie rock riff before being worked into a more familiar baroque/prog vibe, and Peter's string-laden "Measure" at least sonically sounds like a Week That Was track.

The Bell House show is one of two U.S. dates Field Music are playing (the other being Dec. 5 in Chicago), and is actually a birthday party for Skippy who books the club (and Union Hall). The whole night is kind of awesome. In addition to Field Music, he talked '90s synth pop act Pulsars into reforming just for this show. The Pulsars (brothers Dave and Harry Trumfio) were kind of a big deal for a hot moment in the mid-'90s, one of the first bands signed to Herb Albert and Jerry Moss' Almo Sounds label who released their debut album in 1997. The band got sidelined when Dave Trumfio's production work became sought-after, leaving the Pulsars' second album sitting on the shelf, near-finished. The Trumfios are still talking about finishing it, and are also now recording under a new name, Our Future.

Also playing are Baltimore's terrific Wye Oak who are one of my favorite live bands of the last few years. Their second album, The Knot, was a bit of a grower, replacing some of their more obvious poppier moments with a warm hypnotic drone. It's a lovely record. The Brooklyn show is one of four December dates for them. They're all listed below.

There's a fourth act on the Bell House bill, cryptically listed as "Rumours." I've heard no, uh, rumors, as to who it might be but given Skippy's soft rock proclivities I wouldn't be surprised if it turned out to be a Fleetwood Mac cover band or something. But that is 100% speculation.

The Bell House is pretty rockin' all December longer. In addition to Skippy's birthday bash, Sloan play the very next night (December 4), and That Petrol Emotion their first NYC show in 15 years on December 12. There's also the fourth annual Blip Festival which happens December 17 - 19.

Videos and applicable tour dates below... 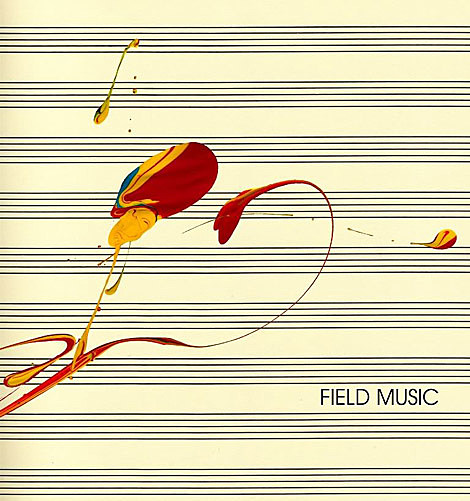 Field Music - She Can Do What She Wants