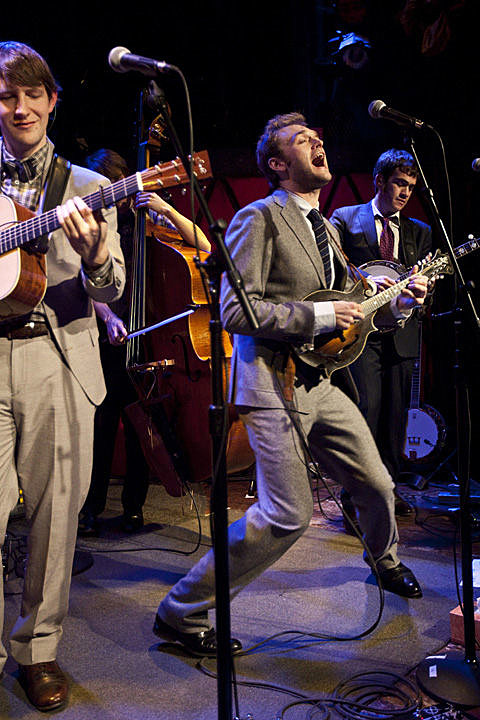 Chris Thile and his Punch Brothers returned to one of their old haunts, Rockwood Music Hall last night (2/20) for a jam packed, semi-private, record-release show that we have pictures from in this post. The Punch Brothers are about to head out on a tour that is next scheduled to hit NYC at Town Hall.

Michael Daves, who isn't in the Punch Brothers, but does often perform and record with Chris Thile, returns to the LES venue for a free 10pm show tonight (2/21), part of a weekly solo residency.

More pictures and the PB setlist below... 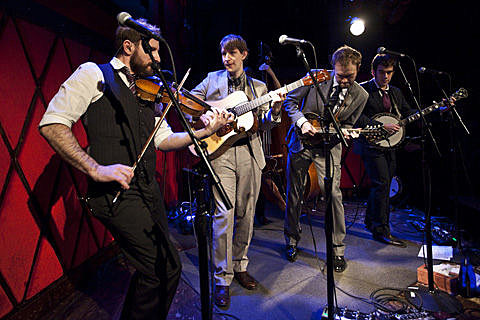 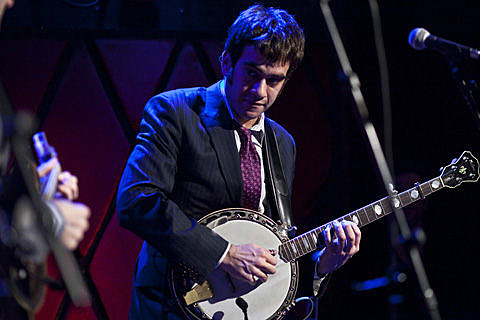 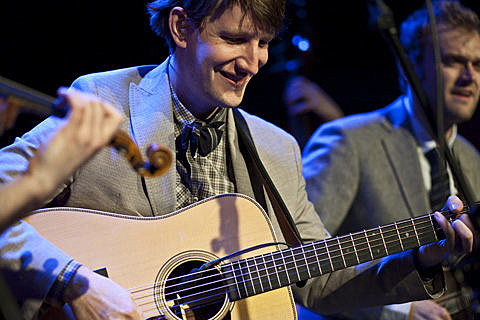 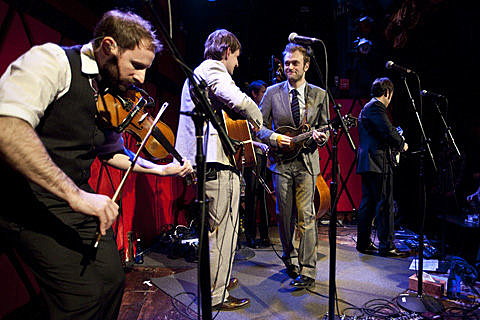 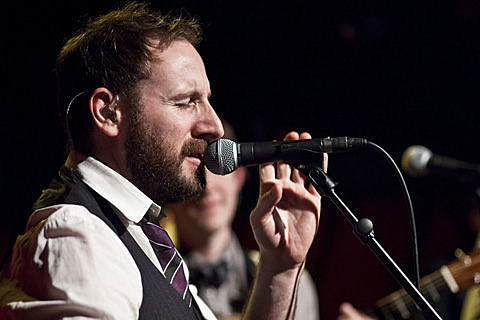 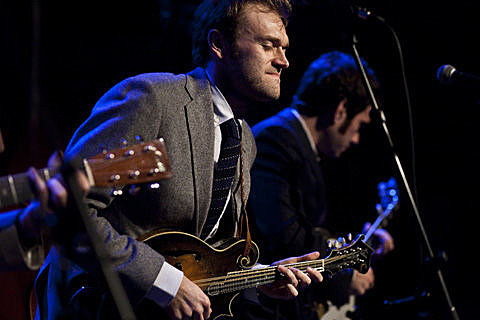 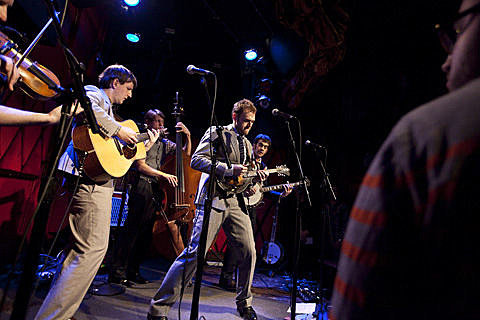 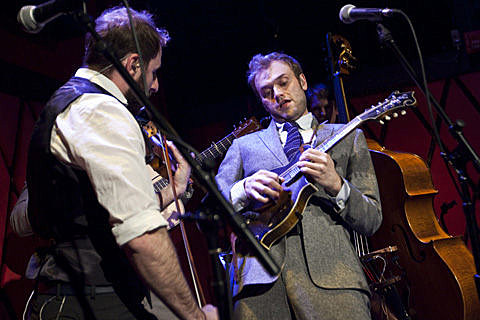 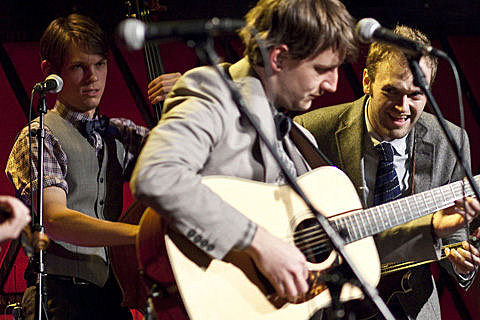 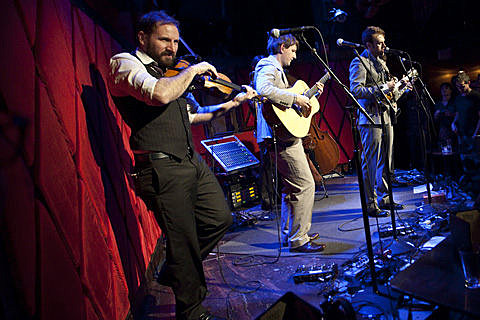 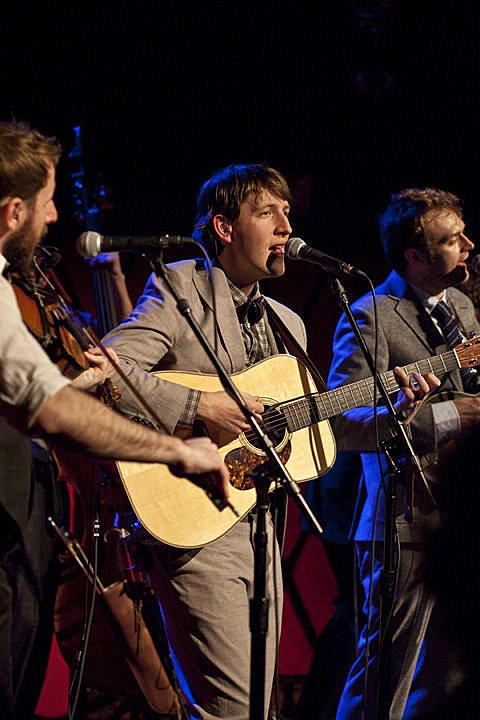 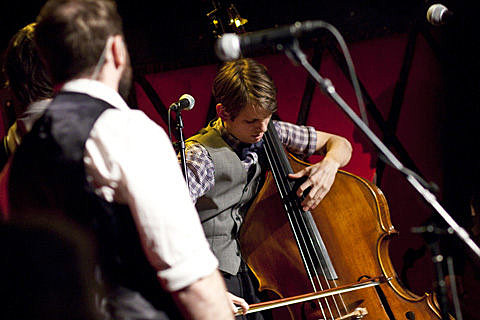 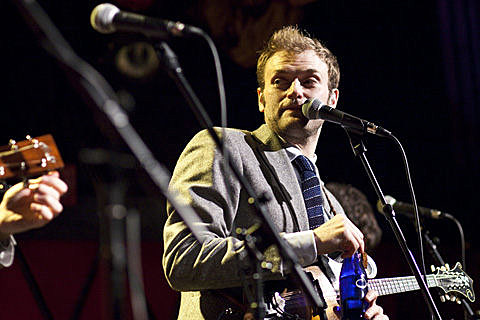 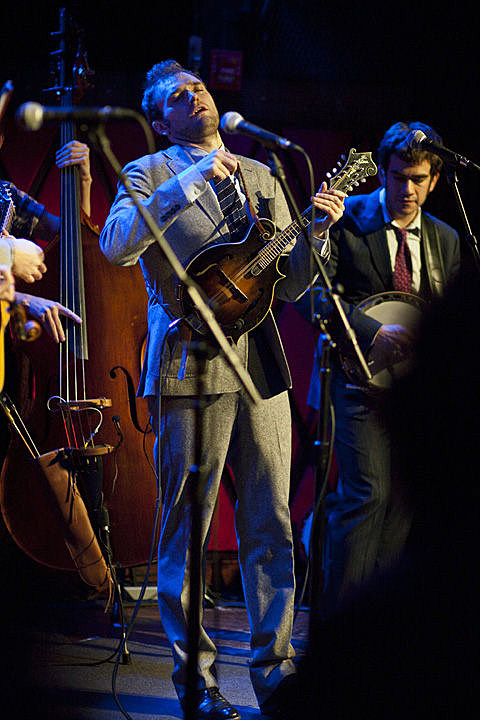 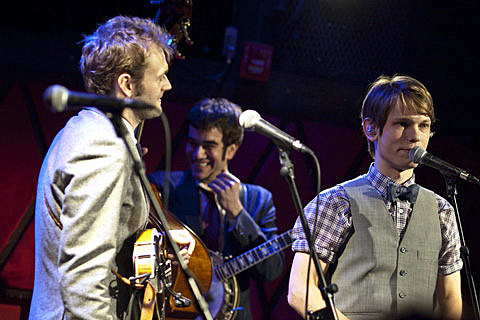 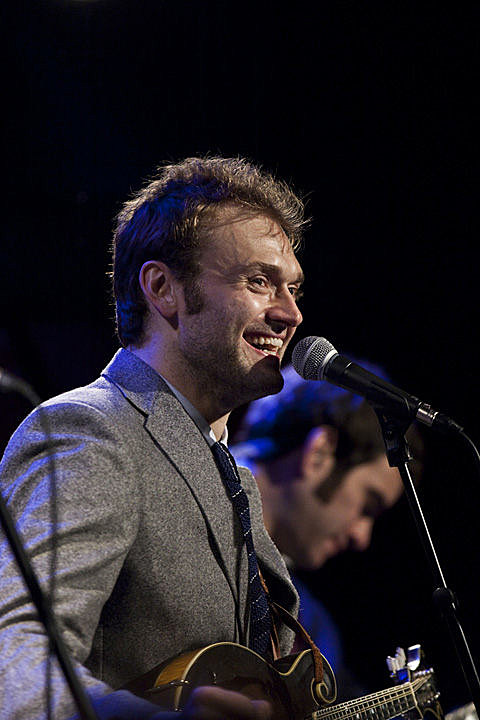 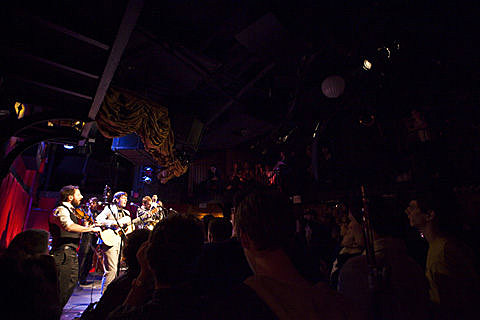 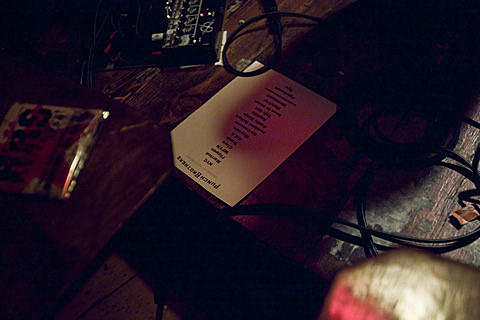