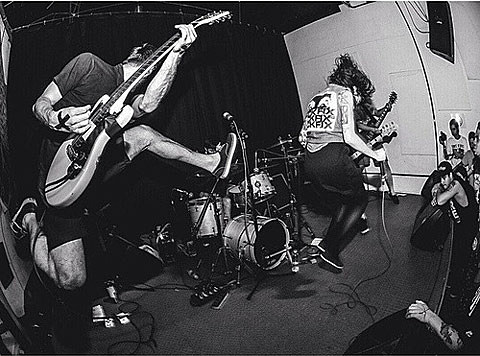 California fastcore outfit Punch will be heading out on the road in September to support their new album, They Don't Have to Believe. The "mini-tour" swings in to places such as Boston, Chicago, and San Francisco. The NYC stop on the tour will be  September 7 at Death by Audio with Curmudgeon, Water Torture, and Crushed. Tickets are $10 at the door. All Punch Dates are listed below.

They Don't Have to Believe is set to be released August 19 via Deathwish (preorder) and you can stream a track from the album below. Punch also plowed through the fast-paced punk of "Not Sorry," their contribution to the Deathwish summer sampler 2014: A Summer Of Blood which you can stream in full below.

As for their Death by Audio stage-sharers, the like-minded Curmudgeon issued a ripping demo back in December. The dual bass Water Torture are prepping Pillbox for an August release and will be playing Maryland Deathfest 2015. And NYHCers Crushed have been showing up on a number of Brooklyn-based bills.

All Punched dates are listed, along with streams from the bands, the Death summer sampler, and a Punch live video, below... 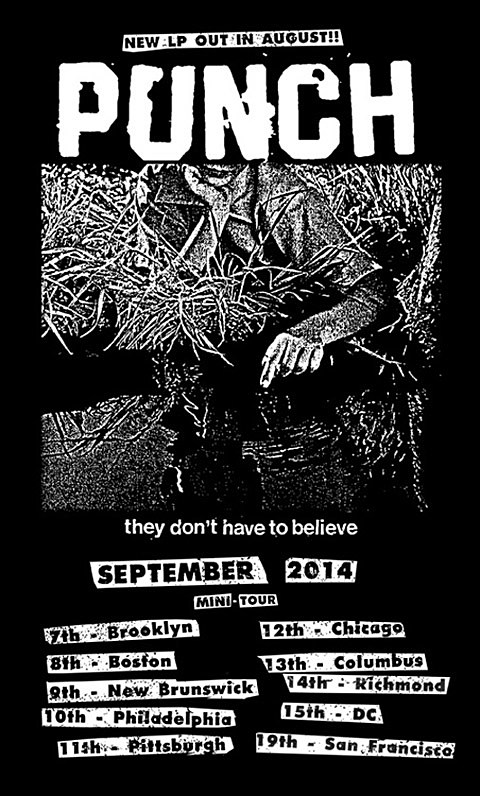