Las Vegas's Punk Rock Bowling festival will return for its 16th year in 2014. That's a lot of bowling (and bands). The four-day Las Vegas fest has announced the dates on which it'll run next year -- May 23-26 -- and its first block of bands. So far, they're mostly older acts who got their starts in the '70s or '80s: Cock Sparrer, Descendents, NOFX, The Anti-Nowhere League, The Adicts, Angelic Upstarts, and SNFU. The odd band out are NYC's Cerebral Ballzy, but after touring with FLAG and TSOL earlier this year, they're probably used to being the babies.

No tickets for sale yet, but keep an eye out here & on the festival's website for further info. And stay tuned for many more acts TBA. Flyer and intiial lineup below... 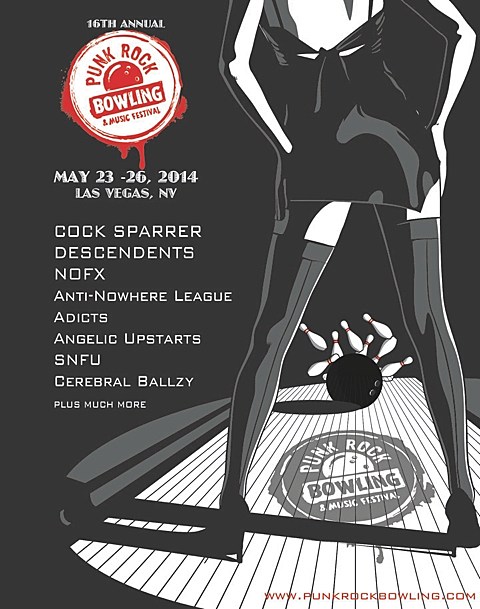