The Scandals at Irving Plaza in July (more by Vladislav Grach) 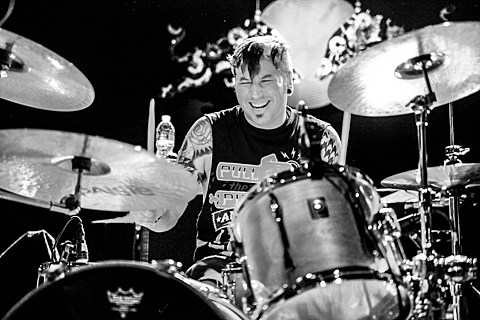 Upstart Fest, "The Northeast's Biggest and Best Punk Rock Party," is returning for its third year to multiple Northeast cities this month. The NYC stop happens in Brooklyn on September 15 at Knitting Factory with a ton of bands in the Rancid/Social Distortion school of punk 'n' roll including The Scandals (who we wrote about here), Koffin Kats, Turbo AC's, New Red Scare, Hudson Falcons, Svetlanas, The Jukebox Romantics, Lost In Society, Fort Street, and Done With You. Tickets for that show are on sale now. You can see all stops Upstart Fest makes, including Asbury Park, Albany, New London, and Poughkeepsie, on the flyer below. Lineups slightly vary by city.

In related news, the same people who are putting on Upstart Fest (Candy Apple Red Productions) are presenting the fourth annual benefit for Tuesday's Children (a not for profit foundation for children orphaned or directly affected by 9/11) in NYC on September 27 at Don Pedro's with five punk bands: Tied For Last, Kid Nichols, INCIRCLES, Robot Death Kites, and Poor Lily. Show flyer below. 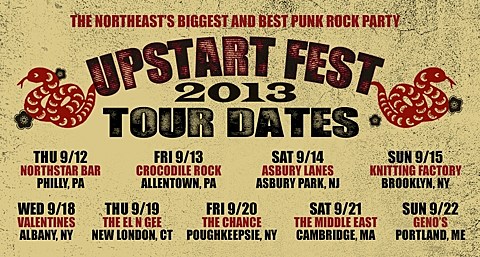