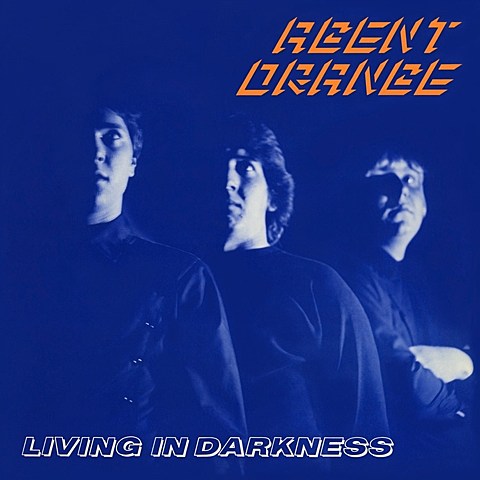 There's never a lack of great punk shows going on in NYC. Here's a roundup of just a few of the good ones that were recently announced:

UK '70s-era punks The Vibrators are still kicking (albeit with drummer John 'Eddie' Edwards as the only original member), and they'll be returning to the US this year and hitting NYC on October 4 at Trash Bar. No advance tickets. All dates are listed below.

Orange County skate/hardcore/surf punks Agent Orange are hitting the road with The Architects and playing NYC on October 17 at Santos Party House. Tickets are not on sale yet, but should be soon via Ticketweb. All dates are listed below.

Philly punks The Holy Mess released a new album, Comfort in the Dischord, earlier this year and they'll now be going on a tour with Protagonist and Teen Agers which hits NYC on September 21 at Saint Vitus. Long Island's Timeshares open the night. Tickets are on sale now. You can stream their new LP below.

Timeshares also open a Brooklyn show for Canada's The Flatliners on October 24 at The Acheron. Tickets for that show go on sale today (9/5) at 10 AM.

The Flatliners' Fat Wreck Chords labelmates Lagwagon and Swingin' Utters play NYC together on December 5 at Gramercy Theatre with This Legend. Tickets for that show go on sale today at 10 AM.

And one last one, mid-'00s punks and onetime Lookout signees The Dollyrots play Grand Victory on September 12 with Bikini Carwash, Penguin and Cutters. Tickets for that show are on sale now.

There's plenty of other punk shows going on in NYC, like GBH / Angry Samoans / Reagan Youth, Black Flag, The Queers with Richie Ramone and still a lot more. What did we miss?

Lists of dates and The Holy Mess LP stream below... 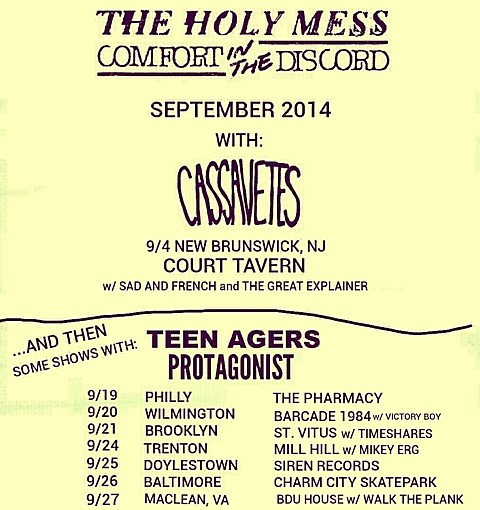