Minneapolis punks Banner Pilot recently put out their new album, Souvenir, via Fat Wreck Chords. In their own words, "We sound a little like Jawbreaker, Lawrence Arms, Dillinger Four, and other bands like that," so one's trying to reinvent the wheel here, but if you're looking for more stuff like that Banner Pilot's got it. They're on tour now and will hit NYC on May 24 at Knitting Factory with local bands Sad & French and The Jukebox Romantics. Tickets are on sale now. Stream a track from the new album, with their list of dates, below.

Speaking of modern Fat Wreck Chords bands devoted to sounding like older ones, Masked Intruder (who literally perform masked) are touring with their former Red Scare labelmates Direct Hit! and directly hitting NYC on June 25 at The Studio at Webster Hall with The Priceduifkes. Tickets for that show are on sale now. All dates are listed below.

Yet another Fat band, The Flatliners, will team up with melodic hardcore vets A Wilhelm Scream in NYC on July 12 at the Marlin Room at Webster Hall. Local pop punk faves Chumped are on that show too, as well as A Balance Between. Tickets are on sale.

To see some actual '90s skate punks in NYC, Guttermouth will be at Santos Party House on June 26. Tickets for that show are on sale now. 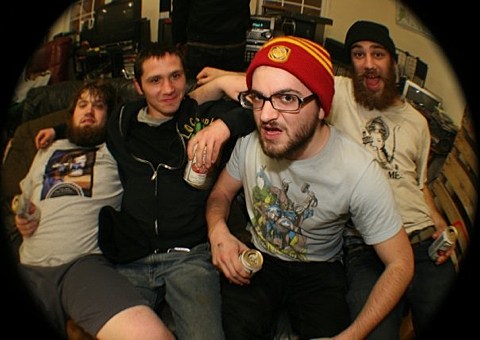 Scranton, PA punks Captain, We're Sinking return to NYC on June 28 at Union Hall with Up For Nothing, City Limits and Sketchy. Tickets are on sale.

CWS singer Ben Barnett's brother Greg's band, The Menzingers, are also touring with Lemuria, PUP and Cayetana and will hit NYC on May 30 at Webster Hall. Tickets for that show are still available. Read our recent interview with The Menzingers.

Meanwhile, the exact same day at Irving Plaza (5/30) is the Anti-Nowhere League / Cro-Mags show which also includes Mephiskapheles, Night Birds, Up for Nothing, and DJ the Guvnor (tickets).

The day before that, fellow UK punks The Adicts play Highline Ballroom (5/29) (tickets). Both of those bands will be in the area after having played Las Vegas' Punk Rock Bowling.

NYC gets its own punk festival with tons of veteran bands, Black N' Blue Bowl, which happens on May 17 & 18 at The Well with Discharge, Agnostic Front, 7 Seconds and more. You can get single day passes or 2-day passes.

Other upcoming punk festivals include The Fest, Riot Fest, and This Is Hardcore.

Other punk vets with NYC shows include Subhumans, Dead Kennedys (without Jello Biafra), and Jello Biafra. 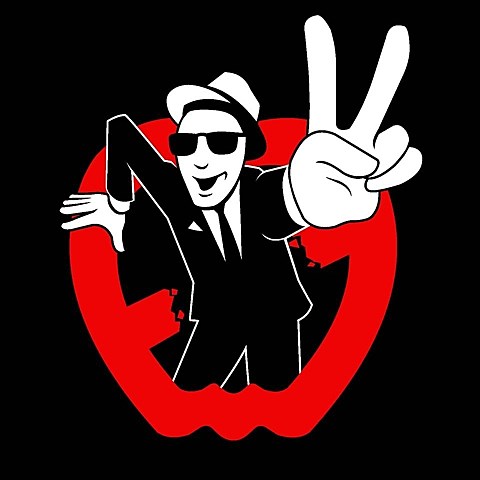 In related news, punk's upbeat, often-maligned yet often-beloved cousin, ska, will also be represented in NYC in the upcoming few months.

Irving also hosts a two-day ska festival, The Apple Stomp, on May 31 & June 1 with Five Iron Frenzy, Big D and the Kids Table, The Toasters and more. Tickets, including single-day and 2-day pass options, are on sale.

Mustard Plug play Knitting Factory on May 17 with Deal's Gone Bad, Butcher Knives and The Fad. Tickets are on sale.

Mad Caddies play Santos on May 16 with Mrs. Skannotto and Across the Aisle. You can get tickets.

The Pietasters go on a Rocks Off Cruise on July 25. Tickets are on sale for that.

And The Slackers also go on a Rocks Off Cruise on August 23. Tickets are on sale for that as well.

Of course there are always other punk and ska shows coming up in NYC too. What did we miss?

Some videos and streams, with the lists of Banner Pilot and Masked Intruder/Direct Hit! tour dates, below. Oh, and did you hear Me First and the Gimme Gimmes' new Christina Aguilera cover?