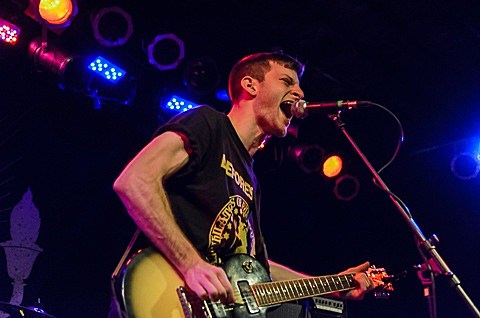 Canada punks PUP recently announced two NY shows including Brooklyn's Saint Vitus on February 12. That show sold out very quickly, but the band has now added some spring/summer dates, including a return to NYC.

They'll play Music Hall of Williamsburg on June 25, which will be their largest headlining NYC show yet. Tickets for MHOW go on sale Friday (2/5) at noon with an AmEx presale starting Wednesday (2/3) at noon. All dates are listed below.

PUP recently released a new song called "DVP." It's been a staple of their shows for a while, so if you've seen them you already know this one rips. If you don't know it, but you like beer-fueled punk ragers with a singer that sounds like he's at the of his rope, you should check this out. Listen below.