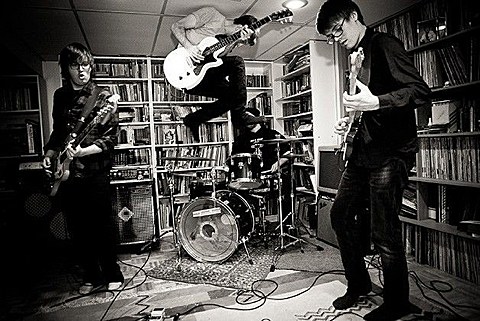 As you may know, Toronto punks PUP have been known to cover Jay Reatard's "My Shadow," which they've done live and also recently recorded. Like we've said before, they don't change it up much, but they do a good job with it and make it sound like a PUP song. That song's now got a music video, which makes its premiere in this post. You can check out below.

As discussed, PUP have a bunch of tour dates coming up, including a headlining show in NYC this Friday (2/21) at Cameo with Appomattox and Spirit of Danger. Tickets for Friday's show are still available. Then they'll hook up with fellow Canadians Solids to support them on a bunch of their North American dates, including SXSW and NYC on March 25 at Mercury Lounge (tickets). Still no opener announced for Solids' Glasslands show (3/24).

PUP's debut album gets a US release this spring via SideOneDummy.

New video, along with the list of tour dates, below...