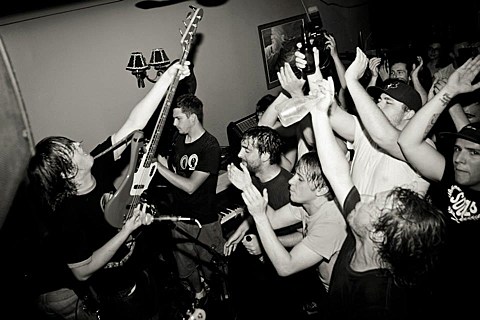 The other day, we posted a track, "Lionheart," from Toronto punks PUP, and since we last spoke, they've dropped another one, "Reservoir." "Lionheart" proved the band's ability to be catchy as hell and raw as hell at the same time, and in just about every way possible, "Reservoir" takes that to a new level. Check it out below.

As discussed, PUP are coming to NYC for a show at Shea Stadium tonight (8/22) with Herzog, Clarence, and Soda Bomb. Doors are at 8 and admission is $8.