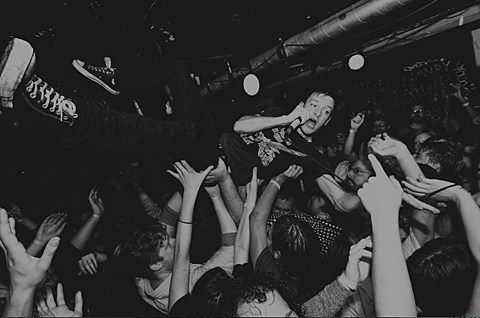 Toronto punks PUP released their rippin' self-titled album in Canada earlier this year, and it's just been announced that they've signed with LA punk label SideOneDummy (current home to Title Fight, and former home to Gogol Bordello, The Gaslight Anthem and others), who will give the record a US release in spring 2014. Congrats guys! The band says:

We're humbled to be working with SideOneDummy. This is a label that we all grew up listening to. It's one of the labels that is largely responsible for getting the four of us into punk rock in the first place. We wouldn't be the band we are today without those seminal SideOne releases. Signing with them has been a serious trip.

PUP also have a number of dates coming up, and as discussed, one of those dates is our BrooklynVegan/Exploding In Sound holiday show happening at Death by Audio this Thursday (12/12) with garage punks Slow Warm Death (ex-Snowing), bluesy rockers Slothrust, melodic punks Chumped, and Dischord Records "supergroup" Alarms and Controls (mems. of Circus Lupus, The Crownhate Ruin, etc). That show is all ages, $8 at the door, and doors are at 7 PM.

All PUP dates are listed, along with the video for "Reservoir" and the set times for our DbA show, below... 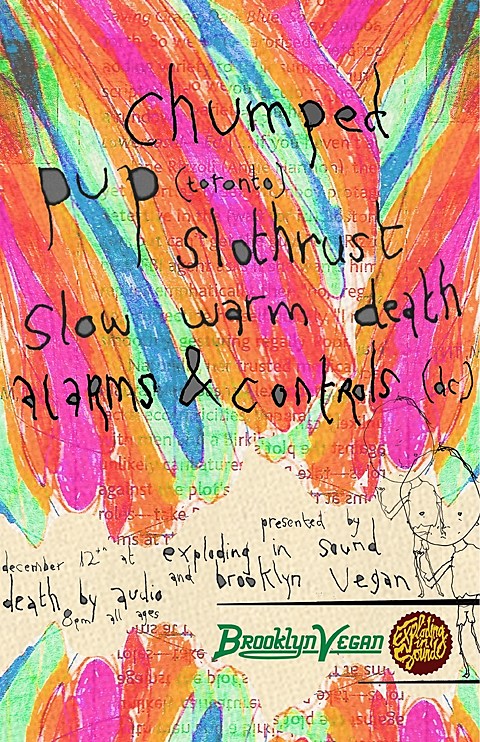