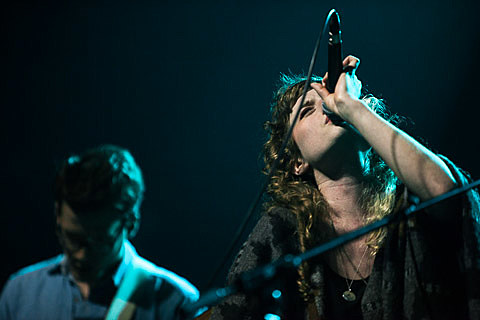 Dream pop duo Pure Bathing Culture (aka Sarah Versprille and Daniel Hindman, who are/were both also in Vetiver) will release their debut full length, Moon Tides, on August 20 via Partisan. Its lead single, "Pendulum," is one the catchiest songs of its kind that I've heard this year.

PBC have already done a good amount of touring this year, and now they've got more upcoming dates including another NYC show happening shortly after the album's release on August 28 at Glasslands. Tickets for that show are on sale now. No openers have been announced yet.

All dates are listed, along with a stream of "Pendulum," below...