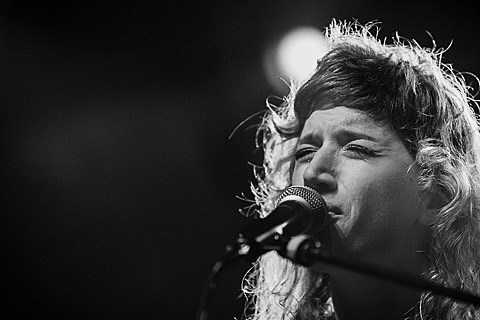 Dream pop duo Pure Bathing Culture (aka Sarah Versprille and Daniel Hindman, who are/were both also in Vetiver) are set to release their debut album, Moon Tides (due out 8/20 via Partisan), and after already releasing the single, "Pendulum," the band have now just put out another album cut, "Dream The Dare." Like the first single, this one's another catchy track awash in reverb and Stevie Nicks-esque melodies. Listen below.

As discussed, the duo are going on a short tour this summer which hits NYC on August 28 at Glasslands. Since we last spoke, it was announced that that show will be opened by Brooklyn indie pop band Leapling, whose solid new EP, Losing Face is out now. Mary Alouette was added to the show too, and tickets for the show are still available.

PBC also just announced that they'll go on a larger tour in the fall with Widowspeak (who have a new EP on the way), and that tour brings the band back to NYC for a show on November 8 at Bowery Ballroom. That one's a release show for the new Widowspeak EP and it also has Spires opening. Tickets for that show are not on sale yet, but check ticketmaster for updates. All dates are listed below.

Widowspeak also play the Captured Tracks 5th Anniversary at The Well on September 1 with Wild Nothing, Beach Fossils, Blouse, and Soft Metals.