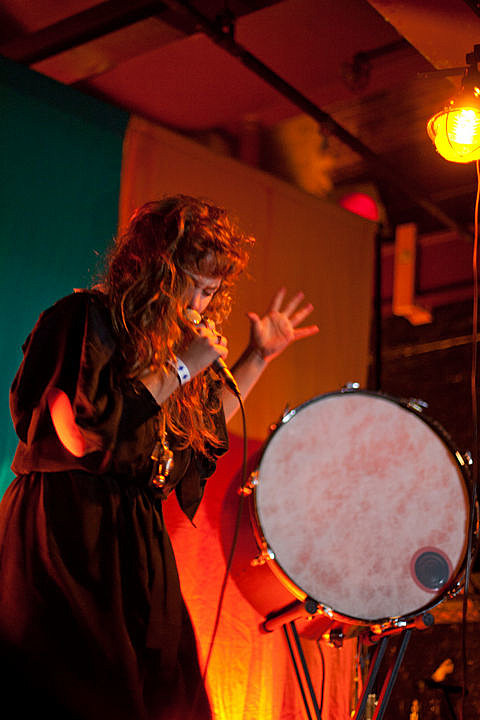 Purity Ring were just in NYC for a number of CMJ shows including the BV-presented day party at Public Assembly on Saturday (10/22). They took over the front room's stage with an orange and green backdrop recalling the shades used on the cover of their split 7" with Braids and killed the house lights in favor of Corin Roddick's light-up pipe gadget (not that kind of pipe!) (see below), a light inside of an elevated bass drum, and a lamp that hung at the front of the stage. Singer Megan James would often trigger the bass drum light by striking it with a mallet as she pranced around stage. And I'm still not sure if Corin's pipe was actually making music, but either way it looked pretty damn cool when he hit it with drumsticks in time with the music.

Whatever Corin was doing back there, the sounds he was making killed. He threw in witch housey pitch shifts, dubstep bass swells, and skittering glitch hop beats into the band's overly catchy electropop. To those who complain about watching people push buttons at live shows, he put more energy into this than at least a handful of guitarists and drummers who are out there at the moment. While the beats and synths could have made for an excellent show on their own, Megan took everything to another level with her sugary vocal melodies. Purity Ring only have three songs available but the rest of the set was as immediately striking as those familiar tracks. A full length by this band is highly anticipated.

More pictures from their Public Assembly set below... 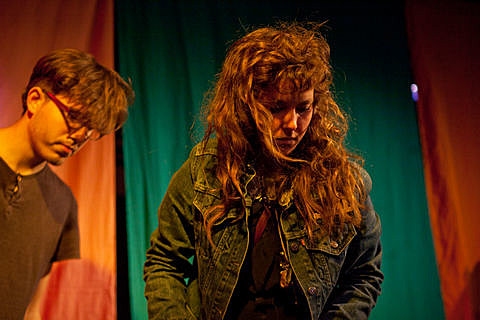 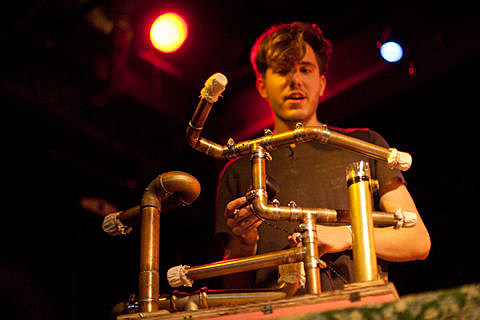 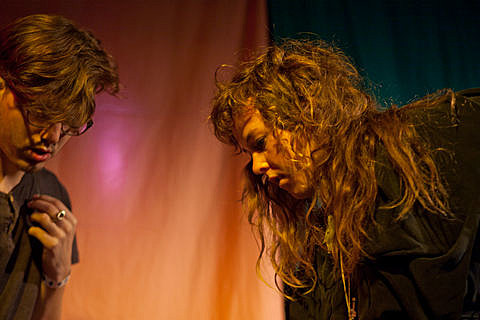 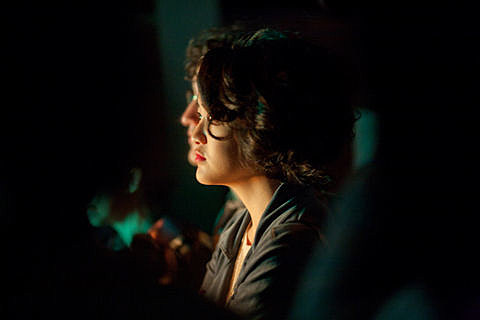 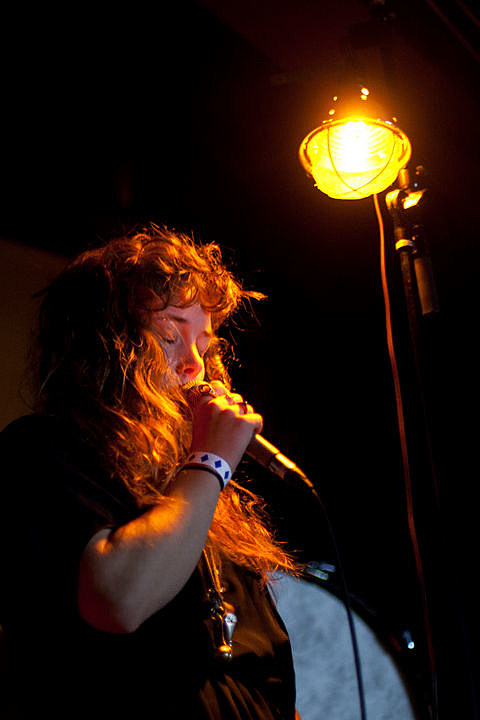 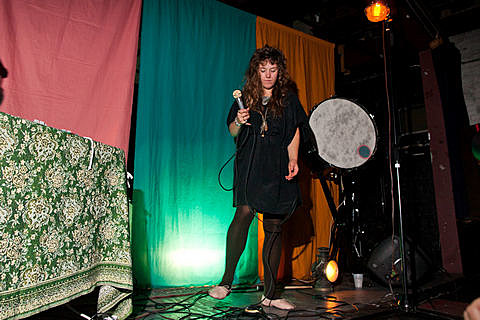 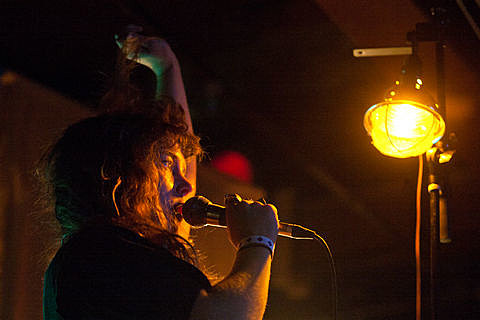 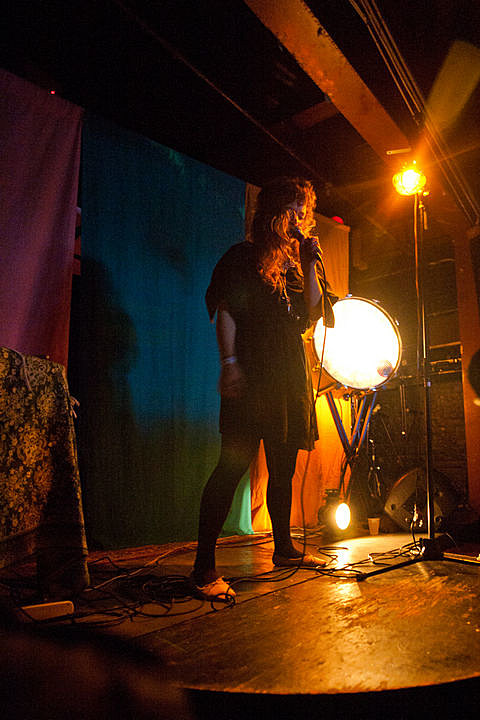 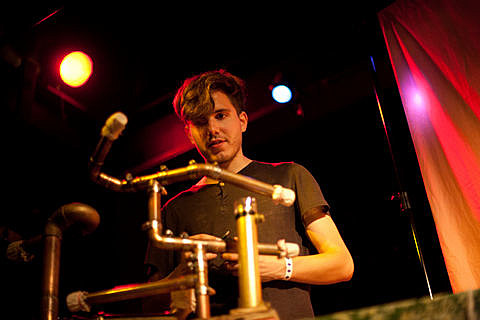