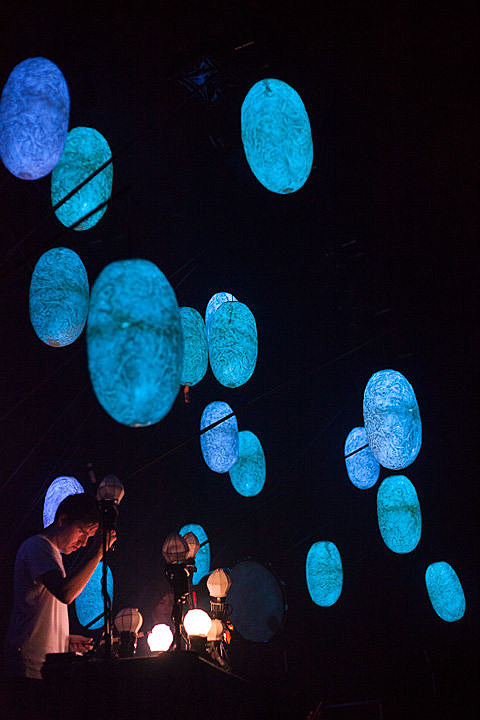 Purity Ring are set to head out on a European tour in November, and they've already begun announcing North American dates to go down in early 2013, upon their return. Those dates include a NYC show which happens on January 11 at Webster Hall with Young Magic, whose frontman Isaac Emmanuel sings the guest vocals on "Grandloves" and did so live for the first time at Le Poisson Rouge in July. Tickets for the Webster Hall show go on sale today (10/10) at noon. All currently known dates are listed below.

UPDATE: The full tour was announced and Young Magic supports on every date. All dates are listed below.

In related news, yesterday (10/9) the duo warned via Twitter that they've "got treats." The single "treat" they've shared is a sequel to the song "Belispeak" from their debut LP, Shrines, featuring a little help from guest-spot-maniac Danny Brown. Corin Roddick has really ramped up the production on "Belispeak II," turning it into more of a club track than the already dancey original was. Instead of further warping Megan James' voice, Roddick targeted Danny Brown towards the end of his short verse, pitching up his rhythmic lines. Take a listen to "Belispeak II" at the bottom of this post or download it above.

In other Danny Brown news, Noisey posted a video of him at the Gathering of the Juggalos. That video, the "Belispeak II" song stream, and lists of dates are below...

Danny Brown at the Gathering of the Juggalos