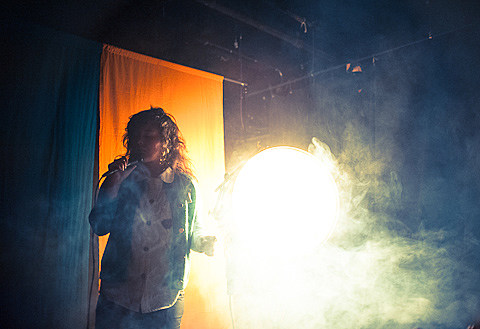 Canadian electronic pop duo Purity Ring will put out their anticipated sophomore album, Another Eternity, on 4AD next week (3/3). They've already released two songs, and now they're streaming the entire thing. On first listen, the EDM pop of seventh track "Flood on the Floor" is sounding like an early highlight. Check it out for yourself over at NPR.

If you pre-order the album, you get early singles "Push Pull" and "Begin Again" as instant downloads, as well as the brand new third single, "Bodyache," which can also be streamed below.

Purity Ring also have a tour announced, and since we last posted, two of their fellow Canadian pop pals Braids and Born Gold were added as openers. You may remember that before forming Purity Ring, Corin Roddick played in Gobble Gobble, the band that became known as Born Gold.

The tour hits NYC on June 2 at Terminal 5, and tickets for that show are still available. Updated dates are listed below.

Braids recently announced that their third album, Deep in the Iris, would be out April 28 via Arbutus. Listen to lead single "Miniskirt" with the album tracklist below.

Born Gold has also been dropping a new song every month, his newest being January's "Here We Are." Listen below.