Purling Hiss at Bowery Ballroom in 2011 (more by Toby Tenenbaum) 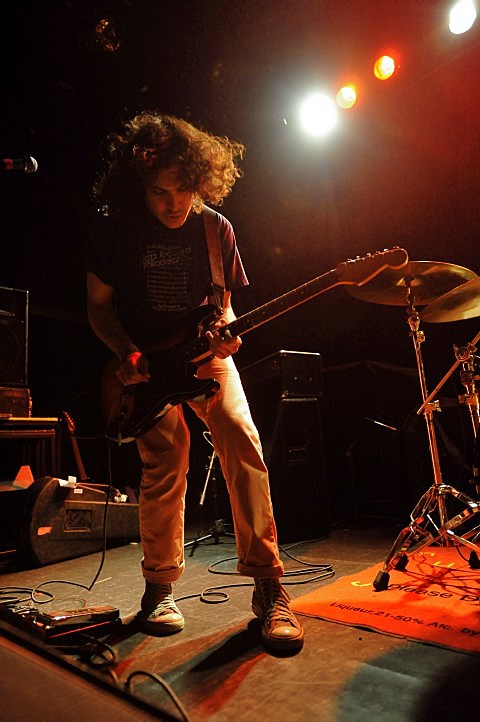 Garage rocking crew Purling Hiss began as the solo project of Mike Polizze of Birds of Maya, but Mike has since expanded the project into a full band (including drummer Mike Sneeringer and bassist Kiel Everett), and they put out their first record as a full band together this year, Water on Mars, which came out earlier this month (3/19). The record is the band's first for Drag City, and also their first recorded in a studio, which the recording quality shows. The enhanced fidelity benefits the band too, exposing Mike's drawl and rock riffage that cuts harder than when it was hidden behind a wall of noise. Check it out for yourself -- the album single, "Mercury Retrograde," can be downloaded above or streamed below, and the album can be purchased in LP/CD/Cassette/Digital formats at the Drag City webstore.

Purling Hiss will be going on a tour this spring to support Water on Mars, which kicks off with a record release show in NYC on April 4 at 285 Kent with Spacin', AXIS:SOVA, and >mancontrol<. It also includes another NYC-area show a few days later at Maxwell's on April 7. Tickets for the 285 Kent show and the Maxwell's show are on sale now.