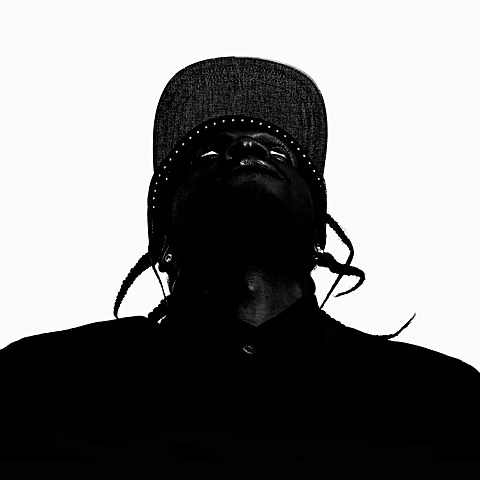 Pusha T spent most of the '00s as one half of respected hip hop duo Clipse, and more recently he's struck out on his own, releasing multiple mixtapes, and becoming a frequent Kanye collaborator. This week (10/8), he finally put out his first official solo album, My Name Is My Name, which was produced almost entirely (and executive produced) by Kanye West. You can hear hints of Yeezus in the production, but while 'Ye used his own record to see how far he could push the boundaries of hip hop, for this one he keeps his beautiful dark twisted fantasies within the classicist realm of the genre. 2 Chainz and Big Sean, who are becoming the dynamic duo of goofy guest verses, show up to lighten the mood on "Who I Am," The-Dream gives Pusha a dose of PBR&B (sorry) on "40 Acres," and Kendrick Lamar appears in characteristic game-murdering mode on what may be the album's best track, "Nosetalgia." You can watch the video for "Nostetalgia" (via NPR), along with a full stream of the album (via Myspace), below.

Pusha T is about to go on a UK tour with collaborators Chase & Status, but before that he'll play a couple US dates, including NPR's CMJ showcase, which happens on October 16 at Le Poisson Rouge. The rest of the lineup is stacked, including Syrian pop star Omar Souleyman (who has a new Four Tet-produced album on the way), NYC pop duo Cults (who have other shows too), and a DJ set from A Tribe Called Quest's Ali Shaheed Muhammad (who also DJed last year's NPR CMJ showcase). The show is free with RSVP, which opens today (10/10). Check @NPRHipHop and @NPRMusic for updates. If you can't make it, you can also watch the live stream on NPR Music.

All Pusha T dates are listed, along with the video and LP stream, below...

Pusha T - My Name Is My Name

My Name Is My Name from Pusha T on Myspace.