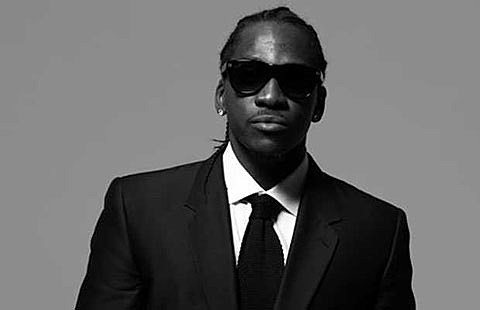 Earlier this week, Pusha dropped a freestyle over Common's "Sweet" off of his new LP, The Dreamer/The Believer, which came out on Tuesday. The Smoking Section reports that the track is a diss at Drake (who is touring in 2012 with Kendrick Lamar and A$AP Rocky). Stream it below.

Common played Highline Ballroom on Monday (12/19). Nas joined him at the show. You can stream the whole show below, and also check out a video of Nas joining in on "Ghetto Dreams" below.

Pusha T collaborator Wale also plays a show in NYC TONIGHT (12/22). HIs is at Webster Hall and tickets are still available. More dates, including one at Irving Plaza, are listed below.

Speaking of Mr. Muthafuckin' eXquire and Emilio Rojas, they both just played S.O.B.'s with Kendrick Lamar on Monday (12/19). Talib Kweli saw the show, and tweeted, "The ASAP crew did a 20 min walk thru during the set. Classic Harlem lol." Check out a video from the show below.

Maybe Talib should give Diplo a heads up about Kendrick. Diplo recently tweeted "Kendrick lamar sounds like somebody that played for the supersonics in the 90s. Didn't know he was a rapper. What's his best tune?" (Hey Diplo, check out "The Spiteful Chant").

In other news, Kendrick told XXLMag that he and J. Cole are planning a joint album. "We're still trying to formulate it and sit down in a neutral zone, where either one of us is moving and doing shows, interviews and press all the time," he said. Kendrick told HipHopDx that he's lined up Just Blaze and Pete Rock for his next LP.

Mr. Muthafuckin' eXquire will play NYC again when he opens for Action Bronson at Highline Ballroom on December 27. Tickets are still available. eXquire and Bronson both made Heems' list of favorite albums released in 2011.

Speaking of Talib Kweli, his group Idle Warship played Southpaw on 12/9. Some videos from that show are below. They'll do it again on January 4 at S.O.B.'s. Tickets are still available.

Dates, videos and stream below...