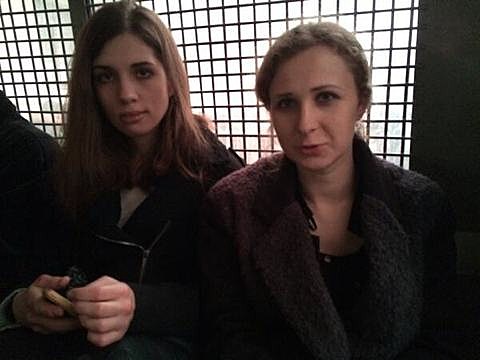 The Olympics may be over, but it's still Russia. In what has now become a dispiritingly common image, Pussy Riot's Nadezhda "Nadya" Tolokonnikova and Maria "Masha" Alyokhina were once again violently detained at a demonstration on Monday. [2/24] This time, they were part of a large group protesting outside a Moscow court where a group of protesters from a 2012 demonstration were being sentenced. And the cycle continues. - [Vulture]

This comes after being pepper-sprayed and whipped by Cosacks while making a video, and arrested/detained during the Sochi Winter Olympics.