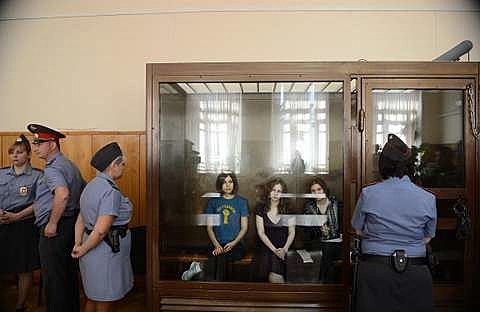 The Pussy Riot trial wrapped up last week will have a verdict this Friday (8/17) at 3PM in Moscow (8AM EDT). The three members have been in jail for the last five months after being arrested for "hooliganism motivated by religious hatred" after they attended Moscow's Christ the Saviour Cathedral and staged a political protest against the election of Vladimir Putin. It's not looking very good for them.

On the eve of the verdict (8/16), the band's powerful courtroom statements will be read at Liberty Hall in the Ace Hotel by supporters of the Free Pussy Riot movement, including Chloe Sevigny, Eileen Myles, Karen Finley, Johanna Fateman, Mx Justin Vivian Bond and others to be announced. The reading starts at 7:30 PM and is free. A flyer for it is below.

On Friday (8/17) at 9 AM, there's a musical masquerade protest party outside Nicholas Orthodox Church; a march on Madison Ave at 11 AM; and a Times Square rally at 1 PM. Details on those events can be found here. 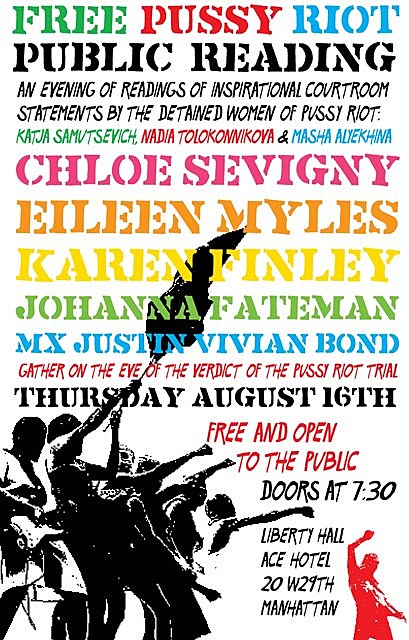