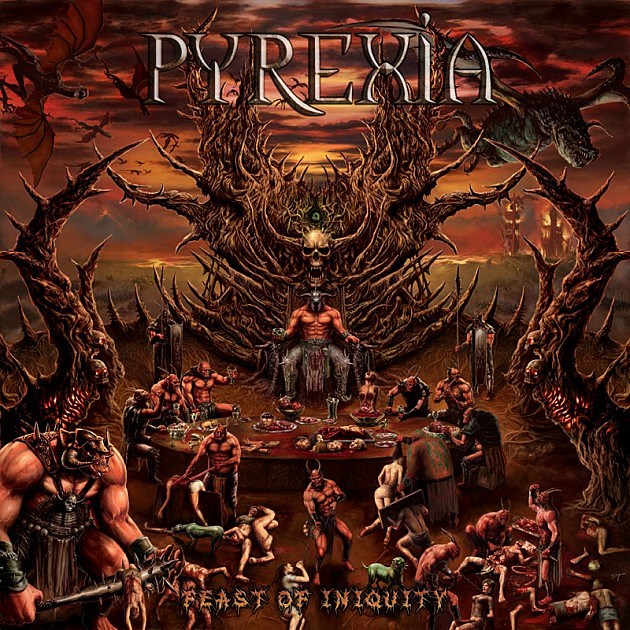 Fridays are brutal. You want to go home, but your work won't let you. It's a conflict of interest that you're destined to lose. Brutal.

We're familiar with this tragedy over at Invisible Oranges, where we've debuted a new song by long-running New York death metallers Pyrexia. From our writeup:

"I've had as much fun listening to Feast of Iniquity as I have with any death metal album this year. It doesn't exude atmosphere, challenge my brain, or push any boundaries. Instead, it hits a sweet spot: slightly technical death metal -- a beginner couldn't play this, but a highly skilled amateur definitely could -- with burly vocals, lots of groove, and a production that leaves nothing to the imagination. It busts in, trashes your living room, and leaves in just over 30 minutes. For me, this is party music."

That's the good part about Fridays: they're brutal, but they're also ideal for partying. Read the whole writeup over at IO. Feast of Iniquity comes out on 10/29 via Unique Leader records; preorder it here, and stream "Infliction" below. Pyrexia will also be hitting the road next for an East Coast tour next month with Six Feet Under, Jungle Rot, Arkalk, and Dark Sermon, including a Brooklyn stop at The Paper Box on November 14 with Malignancy in tow. Keep an eye out for tickets.

Check out the full list of dates and the new tune below.