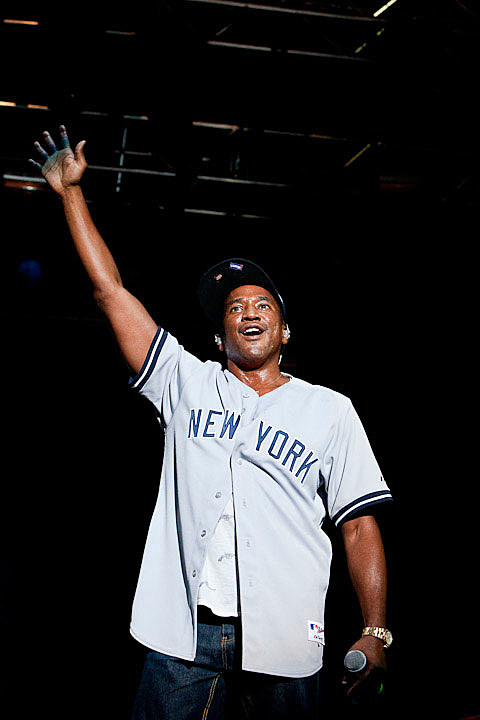 Q-Tip will headline the 7th Annual Brooklyn Hip-Hop Festival on July 18th in DUMBO, the last day of a week-long celebration of hip hop culture at various venues in Brooklyn. The daytime show (12-8PM) will undoubtedly also feature a gang of other hip hop notables, but the full lineup is still TBA. Tickets are on sale though.

Q-Tip is featured in the new documentary Beats, Rhymes & Life: The Travels of A Tribe Called Quest (which recently played as part of the Tribeca Film Festival), and after previously denouncing the film, has come around:

Though Tribe frontman Q-Tip publicly denounced Rapaport's film, which he claimed was not a fair representation of his group, he has since turned an about-face, voicing his approval, though he was notably absent at its Sundance and Tribeca film festival screenings.

Appearing to "support and represent" at Tribeca Film Festival on Thursday (April 29), alongside Tribe rapper Phife Dawg, DJ-producer Ali Shaheed Muhammad said that the group is happy with the film's final cut, despite Tip's absence.

"Just because Q-Tip is not here does not mean he's not in support of the film," Muhammad told Rolling Stone. "I'm here, and I'm representing Q-Tip. We're happy with the finished version. If none of us were fine with this, no one would be seeing the film."

Beats, Rhymes & Life: The Travels of A Tribe Called Quest opens on July 8th in NYC and LA, and wider in July and August. Full list of theaters and opening dates below.