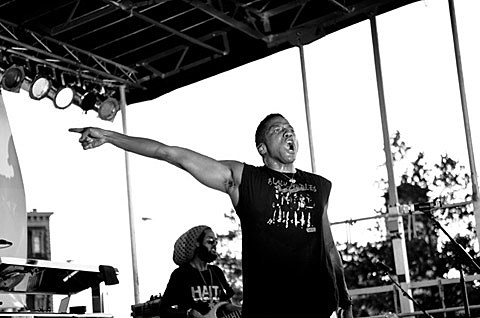 Q-Tip will be taking over Irving Plaza in NYC on June 15 for the first of a monthly party dubbed "Offline." What does "offline" mean? According to the promoters, Q-Tip -- who'll be DJing -- asks that once you're inside, you put away your phones and other devices and be in the moment with him (aka "offline"). Tickets are on sale.

If you wanna get the party started sooner, You could hit Questlove's weekly "Bowl Train" party at Brooklyn Bowl where the popular Twitterer spins classic '70s and '80s (and '90s?) R&B, soul, disco and pop while vintage Soul Train videos play on the big screens. It's the 100th Bowl Train tonight (5/24) with many more to come. Doors are at 10:30 (right after that earlier free Killer Mike show) and tickets for Bowl Train are still available.

In other hip-hop ticket news: Rock the Bells tickets are on sale. So are tickets for Jay-Z's Made in America Festival.

Tickets are also on sale for Slick Rick and Biz Markie's July 28 show at Gramercy Theater.

You can also still get tickets to Talib Kweli's May 28 show at Le Poisson Rouge, as well as tickets to Yaslin Bey's (formerly Mos Def) June 14 show at The Apollo.

Flyer for Q-Tip's Offline party is below. 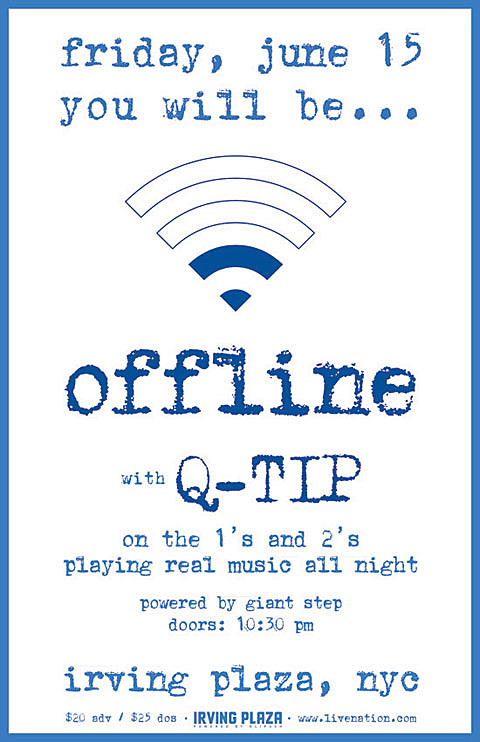