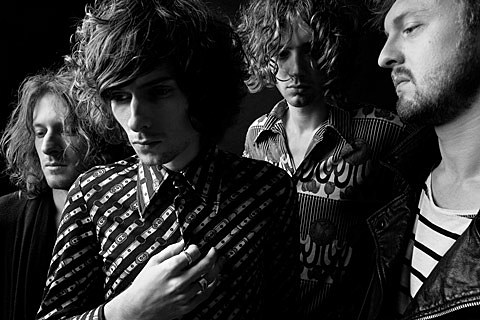 Quad is the newish band from Samuel Shea who you may have seen playing guitar with Spires up until Spring 2014 when he struck out on his own. You may have also seen Quad when they were called Wand, but due to too many bands with that name (like the California ones who just toured with Ty Segall) they are now called Quad. The group also includes Shea's onetime Spires bandmate Ethan Snyder on drums and they make '60s-inspired psych pop. Quad are set to release their hooky first single, "Falling Faster," which makes its premiere in this post and you can stream it below.

You can catch Quad in NYC as they're about to start a free late night residency at Baby's All Right for the next three Wednesdays (9/24, 9/30, 10/8). This Wednesday (9/24) is with Sunflower Bean and Visuals on DJ duty; the 9/30 show is with Winstons; and on 10/8 it's special guests TBA. Again, music starts at midnight and is free.

Flyer for the residency and stream of Quad's debut single, below... 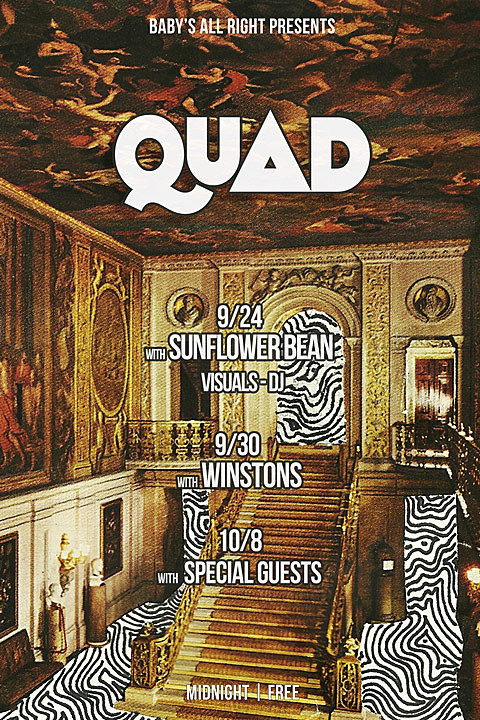