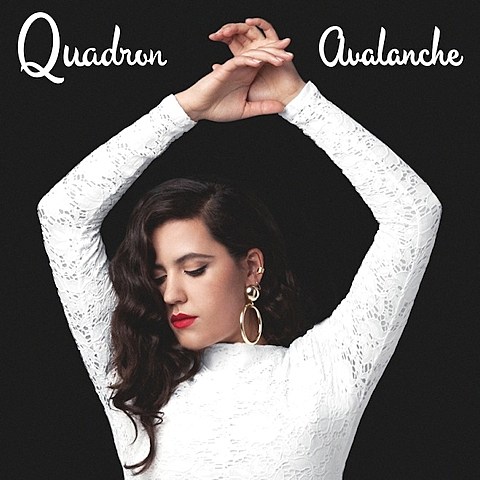 When we first realized Rhye wasn't as mysterious as we thought, it was brought into the public consciousness that one half of the duo was Mike Milosh (better known as just Milosh) and Robin Hannibal, who is also one half of the duo Quadron with Coco O. Quadron is set to release a new album, Avalanche, on June 4 via Vested in Culture/Epic, and in very exciting news, the first single, "Better Off," features a verse from Kendrick Lamar. Pitchfork mentions that Robin and Coco were also in a group called Boom Clap Bachelors, whose song "Tiden Flyver" is prominently sampled in Kendrick's "Bitch, Don't Kill My Vibe." Check out "Better Off" below, along with the album tracklist. That's the artwork above.

Quadron also have some tour dates coming up around the time of the album's release. They'll be a support act for some of the dates on Jose Gonzalez's group Junip's previously discussed tour, including the NYC date happening on June 13 at Highline Ballroom. Barbarossa is on that show too, which is sold out.

As discussed, Kendrick Lamar will also be in the NYC-area for Summer Jam, Governors Ball, and Rock the Bells. Kendrick and the rest of the Black Hippy crew (Schoolboy Q, Ab-Soul, and Jay Rock) just remixed Rocko's "U.O.E.N.O," which you can download above and stream below.

All Quadron dates are listed, along with the song streams and album artwork, below...