you probably won't see this guy on tour any time soon 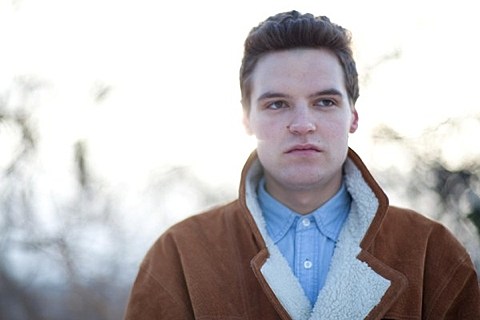 However, as Daily News points out, you won't see Robin Hannibal at either of those, as he chooses not to tour. From the Daily News interview:

Q: So it has nothing to do with you being too shy to be on stage?

A: No, no. I've been on stage several times, but it doesn't give me satisfaction. What makes my clock tick and makes me excited is writing songs and making the music. ... Most people often don't know how long it takes to make 3 ½ minutes of music. It's a long process... and that's my complete focus.

Plus, my chops now as a musician aren't as good as they once were. That's why I think Coco and I work so well. She's an amazing performer and I'm not.

This may not come as a surprise if you've been following either band or caught them live in the past. He's a producer for both, but doesn't tour.

Since we last spoke, Ricky Eat Acid (Sam Ray of Julia Brown/Teen Suicide) has been added as an opener for Rhye's Webster Hall show. If you don't have tickets to that show but still want to catch him, you can do so much sooner at the previously discussed Gem Club show at Mercury Lounge on Sunday (2/2), which also has Foxes in Fiction on the bill. Tickets for that show are still available.

Meanwhile, Sam's other band Teen Suicide is going on a previously discussed tour with Special Explosion, Alex G and Sorority Noise which hits NYC on February 27 at Suburbia.

All Quadron dates are listed, along with a video and some Ricky Eat Acid streams, below...

Ricky Eat Acid - "Inside My House; Some Place I Keep Dreaming About"