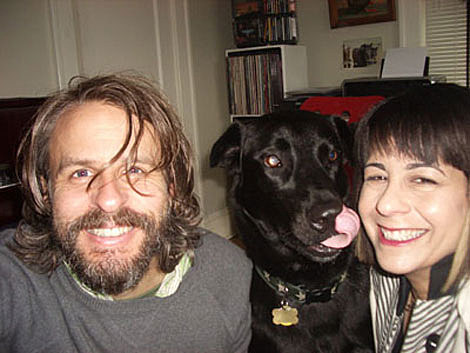 This time of year is usually pretty slow, show-wise, but this seems to be an especially-packed week for shows. Here's some of the stuff I'm considering attending while I procrastinate on holiday gift shopping and doing all my year-end lists over on my own blog. 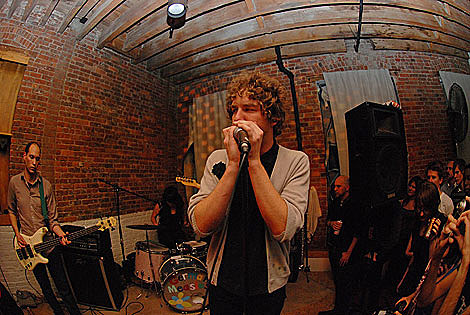 Speaking of, while I haven't posted my Best Albums of '08 yet, I will tell you Crystal Stilts' Alight of Night did make the Top Ten. They're playing tonight (12/17) at Le Poisson Rouge and even though I've seen them more times this year than I'd like to admit (and will probably see them again later this week), I will probably be in attendance. They're opening for Bay Area neo-fokies Vetiver, whose new covers album, Thing of the Past, is rather lovely. 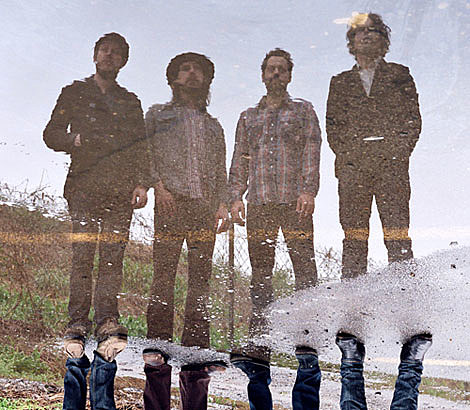 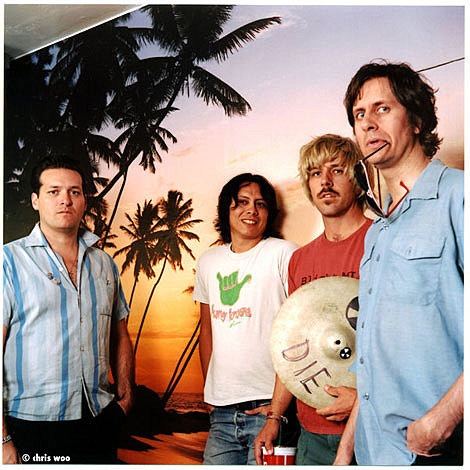 Also tonight (12/17), is that double-shot of ex-Hot Snakes/Drive Like Jehu/Pitchfork bands at Santos Party House: Obits, that's fronted by Rick Froberg; and headliners The Night Marchers, which features John Reis and two other members of Hot Snakes. I have to admit Obits is more of a draw for me, as the band also features Sohrab Habibion who used to front Edsel, one of my favorite bands from the '90s DC scene. Obits just released their debut 7", "One Cross Apiece," which I like a lot. Will there be a mini Hot Snakes reunion tonight? Probably not, but you can always hope for a Christmas miracle. 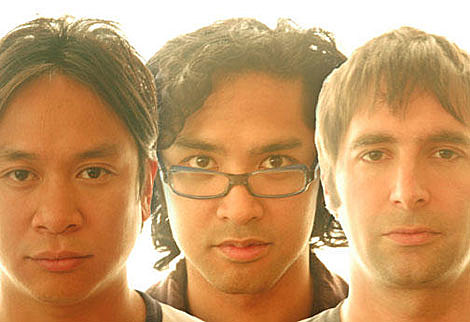 Speaking of '90s indie rock survivors, Thursday (12/18) at Music Hall of Williamsburg is +/-, which is the band/solo project James Baluyut formed when Versus called it quits in the early part of this decade. Versus are playing shows again - and maybe recording new material (so I hear) - but +/- are still very much their own thing and going strong, having released their fourth album Xs on Your Eyes, back in October. Actually the whole line-up at MHoW that night is pretty great: Philly duo Pattern is Movement (who played a BV CMJ day party this year), Brooklyn indie royalty The Ladybug Transistor, and In Interview who I caught at NYC popfest back in June and who don't play nearly enough.

Also on Thursday (12/18): That A.C. Newman Get Guilty listening party at Stanton Public, which I originally thought was last week but wasn't. You can still RSVP for it at Insound. 8-10PM, free beer n' booze. 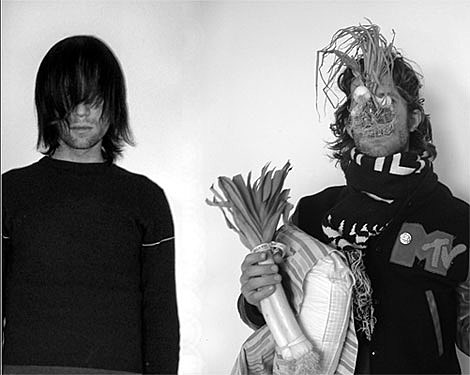 And last but absolutely not least, the can't miss show of the week has to be Saturday's (12/20) three floor-event at Knitting Factory curated by indie rock's original keyboard-drum duo, Quasi. Mates of State, Matt and Kim, etc, bow down to Sam Combes and Janet Weiss. The line-up is kind of staggering: awesome San Francisco garage rock duo Sic Alps (who I've plugged before), the aforementioned Crystal Stilts (a late addition to the bill), Jeffrey Lewis, Soft Circle (ex-Black Dice), plus films by legendary animator Sally Cruikshank (one of which is where Quasi got their name) and Craig Baldwin. Oh yeah, Marnie Stern is also playing. Tickets are $20, and worth it. 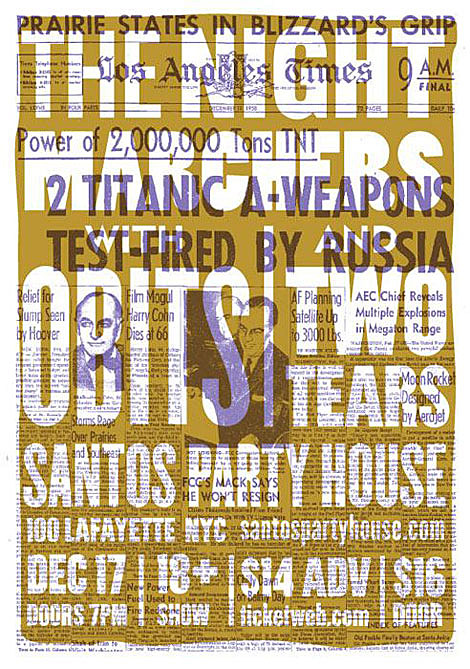