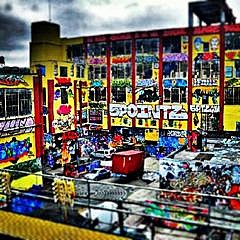 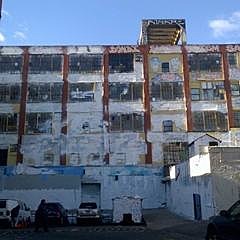 Usually, it is the street artists who work under the cover of darkness, hoping to evade police detection as they scrawl graffiti on property that is not their own.

But before dawn on Tuesday, it was the owner of a building in Queens who used a crew of painters to work overnight and paint over graffiti on a warehouse in Long Island City, wiping clean a canvas that was used by thousands of artists over the years to transform an otherwise nondescript, abandoned brick building in a working-class neighborhood into 5Pointz, a mecca for street artists from around the world.

By morning, the work of some 1,500 artists had been wiped clean, the Brobdingnagian bubble letters and the colorful cartoons spray painted on the building's brick walls all covered in a fresh coat of white paint.

"We are supposed to be the vandals, but this is the biggest rag and disrespect in the history of graffiti," said Marie Cecile Flageul, an unofficial curator for 5Pointz.

The plan to convert the three-acre site into a $400 million development project that will include two glass towers and 1,000 new luxury apartments had provoked opposition from artists and their supporters. But after months of public debate, court hearings and political maneuvering, opponents had little left in their arsenal.

In a last-ditch effort to stop the development, they were hoping to have the building designated as a landmark. That option is now likely gone as well.

"I don't know how you can erase 12 years of spectacular art," said Hans Von Rittern, a guide who arrived with a busload of tourists, only to find the building's art gone. "It's cruel." - [NY Times]

Located right by MoMA PS 1, 5Pointz was one of the most iconic buildings in Long Island City. The building is due to be torn down before the end of the year. It'll be missed.