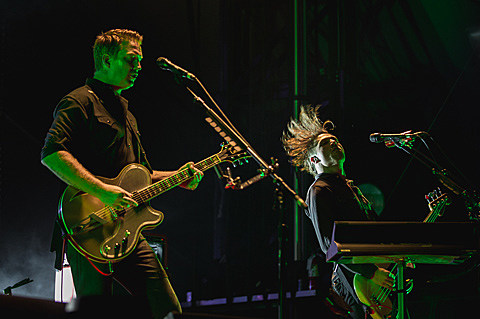 Queens of the Stone Age made a solid comeback this year with ...Like Clockwork, an album which has ended up on many year-end lists, including NME, Rolling Stone, Paste, SPIN, Q, Mojo, Amazon and Rough Trade. We asked them to send a list of their favorite albums of the year. They're a big band, and their list mostly includes other big bands (and big solo artists), but it's also got a certain Jack White-approved compilation, and two relatively smaller artists, Earthless and Kurt Vile, so kudos to those guys for being QOTSA-approved. You can check out the full list below.

As discussed, Queens of the Stone Age will bring their tour to NYC on Saturday (12/14) at Barclays Center with The Kills. Tickets for that show are still available.