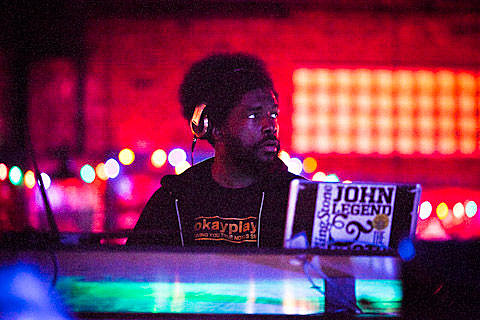 The lineup for BAM's Questlove-curated Shuffle Culture Fest has been announced and includes Reggie Watts, Deerhoof, Sasha Grey, Willis Earl Beal, Metropolis Ensemble and others. The full list is posted below. Tickets for the two-night affair (Apr 19th & 20th) are already on sale.

In addition to that, the lineup to the Roots Picnic in Philly on June 2nd and 3rd was recently announced.

Also coming up at BAM (and on sale) are Crossing Brooklyn Ferry, the Bryce and Aaron Dessner-curated shows, and several nights with Dr. John (whose guests include the Black Keys' Dan Auerbach, Rickie Lee Jones, Blind Boys of Alabama).

* "A Louis Armstrong Tribute" (March 29-31), an homage to the great Louis Armstrong by Dr. John and his collaborators.
* "Locked Down" (April 5-7), the first time Dr. John, Auerbach, and their handpicked band will perform songs from the new album of the same name.
* "Funky But It's Nu Awlins" (April 12-14), an all-out funk-infused night of New Orleans music featuring key players from the Crescent City including The Blind Boys of Alabama.

Lineups for both BAM fests are below...