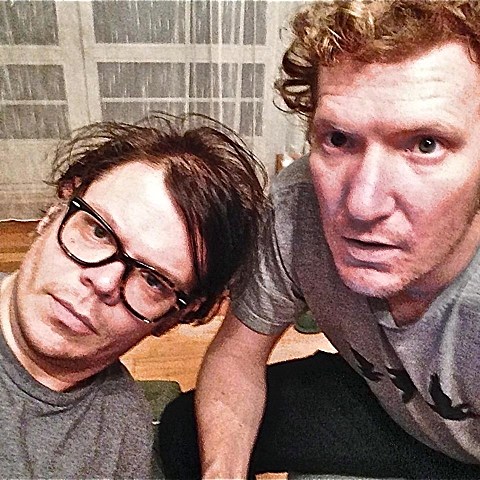 Qui is the experimental rock duo of Paul Christensen and Matt Cronk that once included David Yow, but hasn't since 2013. Their first album since Yow's departure (and first since they left Mike Patton's Ipecac label), Life, Water, Living..., came out last year on Cobraside and was produced by former Big Business guitarist Toshi Kasai and Melvins drummer Dale Crover. They've now made an appropriately wacky video for that album's song "The Kind of Jazz This Is" (directed by Rory Werner, shot by Triana Pardon), which premieres below.

They've also got new music on the way, courtesy of a few upcoming 7"s. The first is "The Grace of a Ballerina," due March 17 via Blood of the Young. That one's got additional percussion by Dale Crover, photos and layout by David Yow, and Deaf Nephews produced it. That will be followed by a split with hepa/Titus (ex-Cows, Melvins) on Cobraside for Record Store Day. More releases TBA.

Qui are also opening the Sebadoh show in Brooklyn, which is the start of a full tour for the two bands. The Brooklyn show happens March 17 at Music Hall of Williamsburg. Tickets for that are still available.