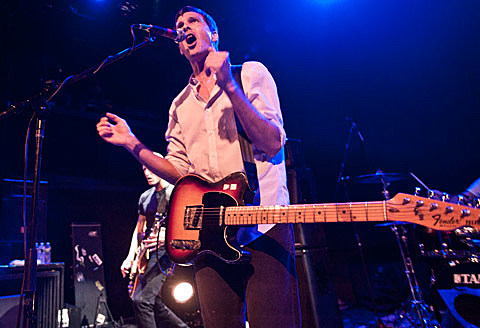 As hypothesized, those just-announced Quicksand shows are, in fact, part of an actual tour. The reunited band will hit the road for a string of dates in the new year, with more details emerging by the hour. The dates come to a close in NYC at Webster Hall on 1/30, and include shows with Title Fight, who play a sold-out Bowery Ballroom on Thursday (11/29) as part of a larger tour.

UPDATE: a tour has been announced and pre-sale tickets are on sale now. Check out all tour dates along with live video from their MHoW show in August below.