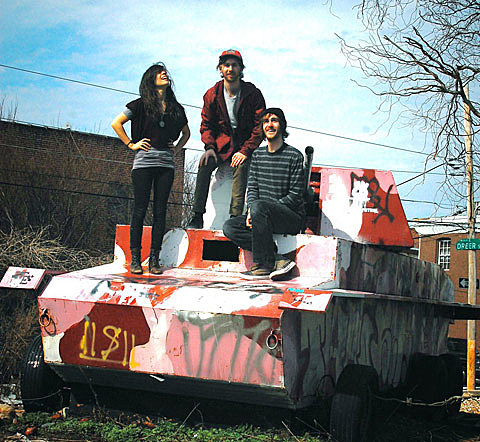 2011 is winding down, holidays are on the horizon and bands, for the most part, stop touring till the new year. Not quite yet, but things are starting to slow down significantly. Which is a good chance to check out local acts if you're still itching to go see some live music this weekend.

Quilt are not local but it's a short trip down from Boston they're making to play Glasslands tonight (11/9), the record release party for their debut LP which came out on Mexican Summer this week. Like a lot of music on the label, there's a laid-back psych quality to the music and, as Andrew Sacher noted previously, Quilt have an undeniable late '60s Haight-Ashbury vibe. Maybe a few less flowers in their hair, but it's there. This kind of stuff also evokes New Zealand comparisons too whether they've ever listened to the Clean or Tall Dwarves before or not. It's a terrific record and you can download two tracks off it at the top of this post and the whole thing is up on Spotify. I heard good things about Quilt's shows at CMJ too. 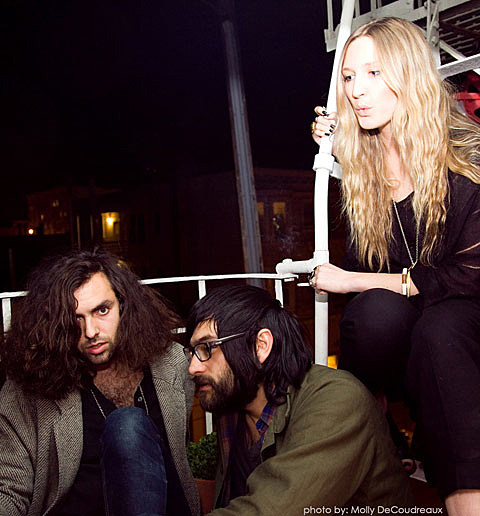 It's a pretty stacked bill tonight at Glasslands. Also playing are San Francisco's Lilac who appear to be jetting in just for this show. They've also got a psych-rock thing going on, but it's filtered more through '80s UK acts like Primal Scream, the Bunnymen and the Stone Roses. (Some Velocity Girl in there too maybe.) Organ-heavy and danceable. Lilac released their first EP over the summer which is pretty damn good and you can download the single "So Young" at the top of this post and watch the video below.

Also playing are instrument-destroying, '90s-loving locals Total Slacker who released their debut album, Thrashin', not too long ago. It's a little too '90s at times -- I'm surprised they don't have an Angelfire website -- but I can't deny it's a pretty fun record. The band they remind me the most of, and this is an obscure reference, is late '80s band Christmas who later morphed into Combustible Edison. There's a similar melodic and harmony style to what they did and Total Slacker do, not to mention a love of psychedelics. You can download album cut "Secret VHS Collection" at the top of this post (and watch the video below). 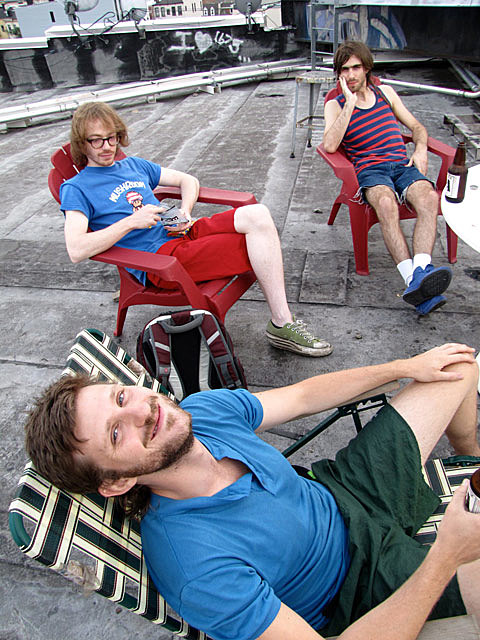 Tomorrow night (11/10) at Union Hall is a band who doesn't get enough attention. I'm Turning Into have been around for a couple years, having moved up from the DC area and quickly ingratiating themselves into the Bushwick indie community. (Two of them became My Teenage Stride's rhythm section what seemed like almost immediately.) The band's Parcel of Marbles was released on cassette (and digitally) this summer and is appropriately low-fi given the release format. More in a Robert Pollard kind of way, than the more recent garage scene that people associate with the low-fi tag. I'm Turning Into have plenty of pop smarts and its eminently likeable. You can stream the whole of Parcel of Marbles at the bottom of this post.

Also playing are Pre-War which is some sort of Conversion Party offshoot, and The Thieves. 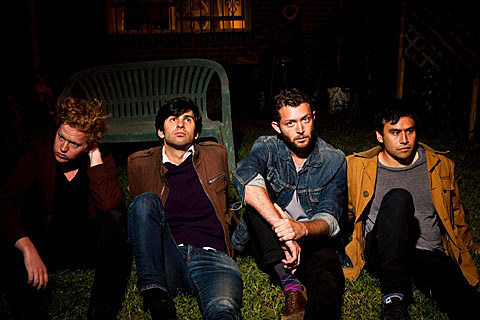 ARMS released their new album Summer Skills this week and they play a record release party for it this Friday (11/11) at Glasslands. Earlier this year, Todd Goldstein described the record as a "sort of sci-fi breakup album" and that comes through, I think, even without focusing on the lyrics. The fat synths give the record an epic, widescreen quality. You can download three tracks from Summer Skills via ARMS' Bandcamp site and get the whole record from your digital retailer of choice. Physical release is still TBD.

Moonmen on the Moon, Man 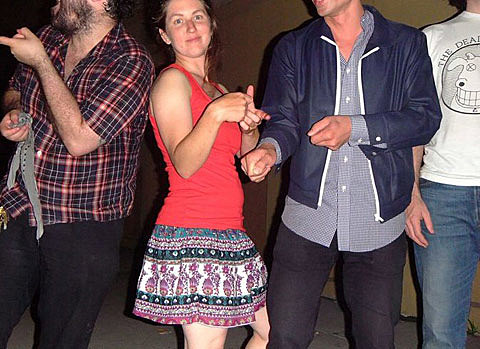 And finally, Friday is November 11 which makes it 11/11/11 which is kinda cool and might "mean something" to numerologists. (Though not as much as November 11, 1111 did. That was a party.) To the folks at Cake Shop, it's an excuse to have 11 bands play in one night. You might expect an appropriate cover charge, but it's actually half that. Yes $5.50 gets you in, probably the first time ever the door will have had to deal with coins which should make the door person real happy. Amongst the bands playing are Cake Shop house band Moonmen on the Moon, Man who have been gigging around a lot lately and have become pretty good. If you like early '90s indie like Eleventh Dream Day or Madder Rose, check 'em out. There's a whole bunch of songs up on their Bandcamp page to listen to.

Cake Shop is still looking for that 11th band (or maybe its a surprise guest?) but the rest of the line-up is American Darlings, Celestial Shore, Mainland, Birdhand, Young Heel, Corsair, Edelweiss, Night Manager and Normally Important.

That's it for this week. A few day-by-day picks follow for shows not covered above. 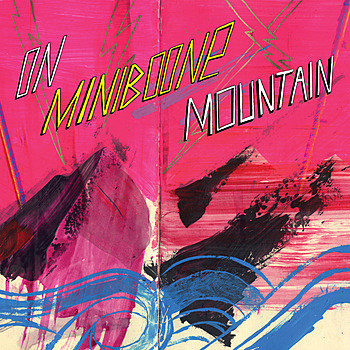 It's week two of Miniboone's Thursday's in November residency. If you go tonight you get a free copy of their just-released debut album, On Miniboone Mountain. You can download a couple tracks right now at their Bandcamp.

More good local bands at 285 Kent: Slowdance, Ava Luna and Phone Tag all have the TWII stamp of approval, and I have yet to check out Rifle Recoil, and Zula.

They broke up and now their back...Tragedy: All Metal Tribute to the Bee Gees play Bowery Ballroom. It's a one-joke schtick, but they tell it very well.

Quintessential '90s indie rock band Sebadoh do it once more with feeling at Music Hall of Williamsburg and Mazes (who own a few Sebadoh records no doubt) open.

That's all for this edition of TWII. Some videos and a bunch of album streams are below.