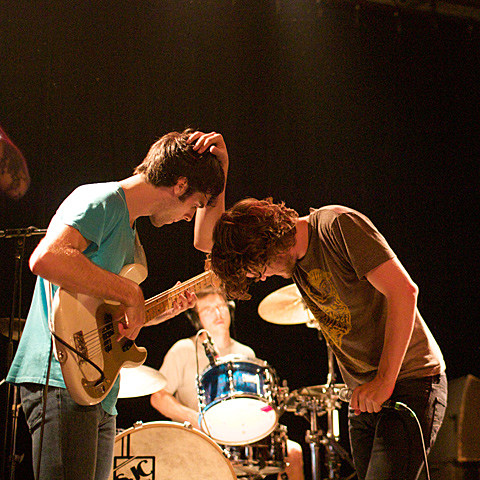 Speaking of Japan benefits, The Bell House has two special ones scheduled.... 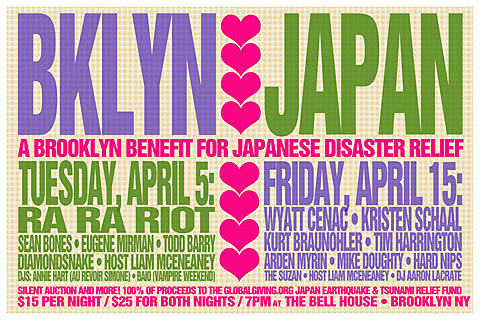 An estimated 350,000 are reportedly homeless from the devastation caused by the Japanese tsunami and 9.0 magnitude earthquake earlier this month. Over 10,000 are confirmed dead, and another 17,000 more are reported missing, according to the United Nations. Our hearts have been hurting thinking about this tragedy, and we've put together a two-part benefit to raise funds to help the disaster relief effort in Japan. 100% of the ticket and silent auction sales will benefit GlobalGiving, a charity that is currently disbursing funds to organizations providing relief and emergency services to victims of the earthquake and tsunami. The funds will directly help survivors and victims with recovery efforts.

Join us for two nights of wonderful music and comedy at the Bell House in Brooklyn.

We would appreciate your help in getting the word out there about this benefit by posting, tweeting and/or facebooking the flyer and information on the shows. Thanks in advance for your help!