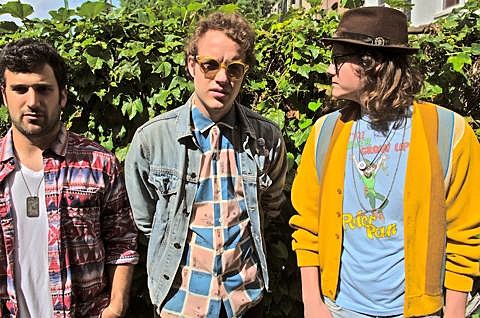 Garage rock, as most of us have come to know it, hasn't been a genre that NYC has bred that much of in the last 10 years. Maybe it's the lack of actual garages but we tend to leave that to folk in San Francisco, Austin, Seattle and other points. Raccoon Fighter, however, are trying to up the quality garage quotient in Brooklyn. The band have been around for a couple years and are set to release their new album, ZIL, on October 1. We've got the premiere of the first video from the album, "Santa Tereza," and you can watch it below.

Raccoon Fighter have a few local shows coming up, including two this weekend: Saturday (9/7) at Cameo with Motive and Hollis Brown; and Silent Barn on Sunday (9/8) as part of the all-day Holy Smokes! Music & Arts Festival that also includes performances by Las Rosas, The Can't Tells, Cosmonaut and a lot more. Full lineup is listed below and advance tickets are available. The band will also be playing a record release show at Cake Shop on October 4.

Dates are listed, along with the video and Holy Smokes! line-up, below...