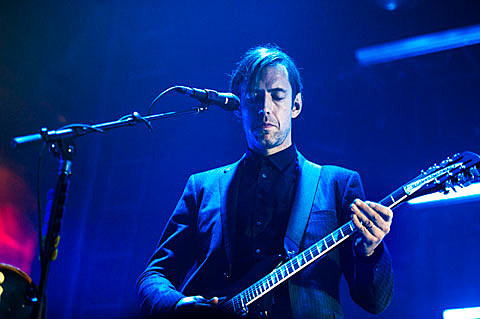 "Radiohead has confirmed the first ten dates of its forthcoming 2012 U.S. tour.

The band's first extensive Stateside trek since 2008 will begin February 27 at the American Airlines Arena in Miami, FL, with dates currently running through March 15 at the Jobing.com Arena in Glendale, AZ. Other Lives will support on these dates.

General on-sales for these shows will begin November 12, with the exception of the February 29 Tampa, FL date, which will go on sale November 19.

There will be a four ticket per person limit."

Those dates are listed below...