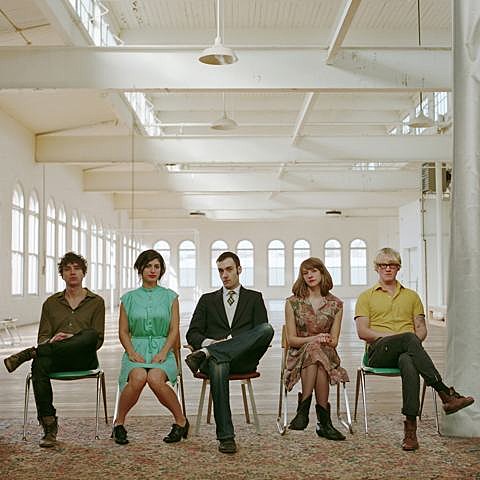 Portland's Radiation City will release their second album, Animals In The Median, via Tender Loving Empire on May 21. Like their 2011 debut, it's full of charming, winsome (but not too winsomne) indiepop that will appeal to fans of Camera Obscura and The Rosebuds. You can download LP track "Zombie" from the album above and stream it below.

The band will soon head out on tour, which will include two stops in NYC: June 12 at Mercury Lounge and June 13 at The Paper Box. Tickets to Mercury Lounge go on AmEx presale on Wednesday (4/17) at noon with the regular on-sale happening Friday (4/19) at noon. No advance tickets for the Paper Box show, at least at the moment. All tour dates are listed below.