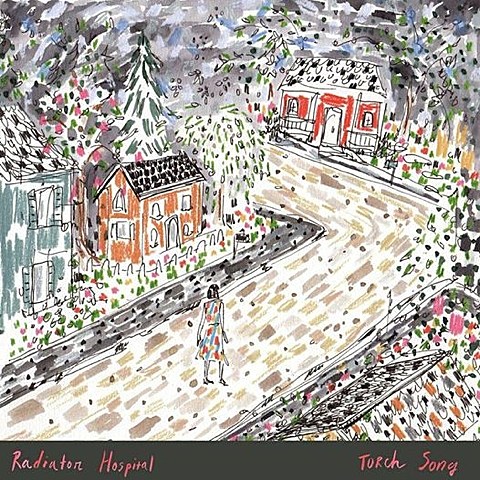 Radiator Hospital had one of 2013's most excellent relatively-overlooked albums with their full-band debut Something Wild, and they're now following it with another full-band long player Torch Song in August via Salinas. You can pre-order the LP from Salinas now, but the digital version is already out. It can be downloaded (name your price) at bandcamp and streamed in full below.

Once again, Swearin' drummer Jeff Bolt is backing Sam (as well as Cynthia Schemmer and Jon Rybicki), and the rest of Swearin' -- Kyle Gilbride, Keith Spencer and Allison Crutchfield (vocals on "Midnight Nothing") -- contribute to the album too. Allison's sister Katie Crutchfield (aka Waxahatchee) contributed vocals to "Blue Gown" and "Five & Dime," and All Dogs vocalist/Saintseneca member Maryn Jones sings on "Fireworks."

Radiator Hospital don't appear to have a tour scheduled at the moment, but they play a lot and will hopefully come back around sooner than later.