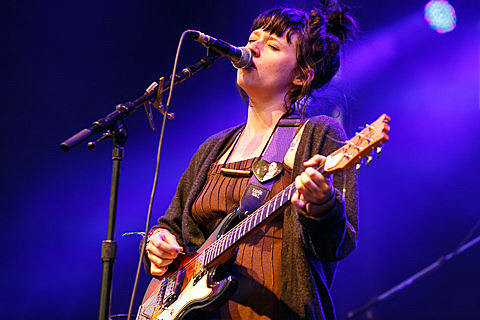 As previously discussed, Katie Crutchfield is planning a new Waxahatchee album, and she'll soon be going on a solo tour previewing songs from it which hits NYC on November 10 at Le Poisson Rouge. Since we last spoke, it's been announced that support at that show comes from two Cerulean Salt contributors, Swearin's Allison Crutchfield (Katie's twin sister and former PS Eliot/Bad Banana bandmate, who released an excellent solo EP this year) and Radiator Hospital (the project of former Waxahatchee bassist Sam Cook-Parrott, who released an excellent album this year that Katie sings on). Tickets for that show are on sale now. RadHos and Allison also open for Waxahatchee (separately) at her two Philly shows.

Right after the NYC show, Waxahatchee will open a few dates for one of her biggest influences, Jenny Lewis (Katie has a Rilo Kiley tattoo), on her tour. She won't be at her NYC or Long Island date, but she does open for her in Philly. Updated Waxahatchee dates are listed below.

Radiator Hospital and Allison Crutchfield (who also appear on each others' new releases) are also touring together before those Waxahatchee shows. That tour includes a previously discussed NYC show on October 19 at Silent Barn with Slutever, Girlpool and Libbie 2000. Updated list of their dates below as well.

Allison Crutchfield - Lean In To It