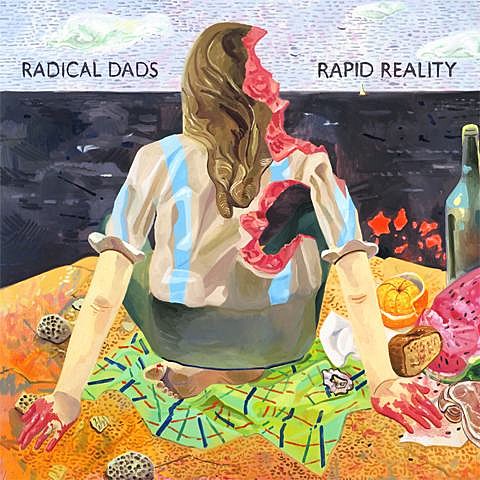 Radical Dads, who made one of my favorite albums of 2011, will release their second album, Rapid Reality, on May 21. Cover art, which you can see above, is by Brooklyn artist Dana Schutz. The album is a second helping of ultra-catchy, wide-eyed indie rock and you can stream its ripper of a lead track, "Mountain Town," below or download it from their Bandcamp.

Radical Dads have a few tour dates coming up, including a couple here in NYC: Cake Shop on March 30 with Takka Takka, Plates of Cake and Pre War; and April 10 at Death by Audio with Little Gold, Todd Killings and Heaven's Jail Band. All upcoming dates are listed below.