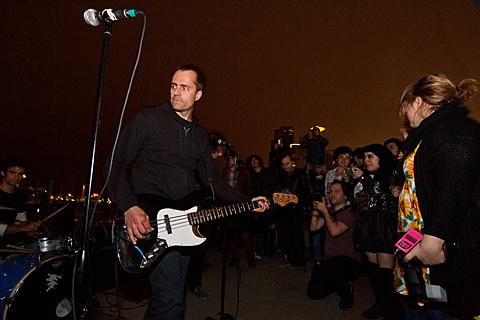 Radioactivity, the band which features Jeff Burke and Mark Ryan of Marked Men, will release their new album Silent Kill on June 30 via Dirtnap. You can listen to the ripper that is first single "Silent" below.

As mentioned, Radioactivity will be in NYC later this month for one of the free "Almost Summer" shows at House of Vans on May 23 with Parquet Courts, Pill, and DJs The Blackouts. RSVP will open for that show soon.

The band will be back on the East Coast this summer and while there hasn't been another NYC show announced yet, there are dates already in Philadelphia and Baltimore. Surely they'll play here again, too? Stay tuned. All tour dates are listed, along with the new song stream, below...