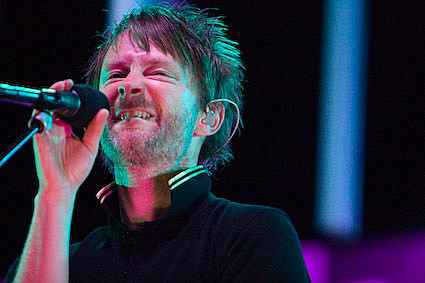 Radiohead headlined the first two nights of the three day All Points West festival at Liberty State Park in New Jersey this weekend (8/8 & 8/9). Of course, they did not disappoint. The band was on point as they tapped into their entire catalog and delivered a beautiful light show. Each night had its own feel. The first night was not as crowded, so the sight lines seemed clearer, and getting closer to the stage wasn't as hard. On the second night the sold out crowd packed the park, making it more difficult to stake out a spot near the stage. Oddly enough, the second night also had the more respectful crowd (at least where I was). During songs like "No Surprises" and "Videotape," the mass of people was shockingly silent. The setlists varied nicely too. Highlights for night one were "Cymbal Rush," "Just" and "Climbing Up The Walls," while the second night had "The Bends," "Kid A" and "Planet Telex." I was hoping for "True Love Waits," but that didn't happen. Maybe next time.

Thom dedicated "Everything In Its Right Place" to opener Underworld the first night and "Airbag" to opener Kings of Leon ("If we we were as good looking as them, we'd be famous") on the second. Each set consisted of 25 songs and lasted about 2 hours and 15 minutes! I don't know what else to say about a Radiohead show that hasn't been said before. I've never been let down by a Radiohead performance and that goes for both nights at APW as well.

More pictures and the setlist from night two below... 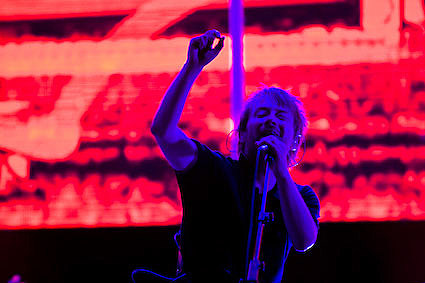 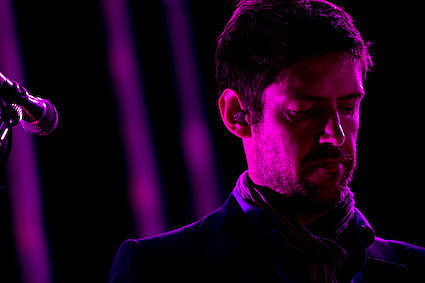 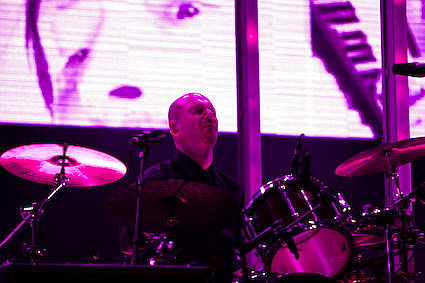 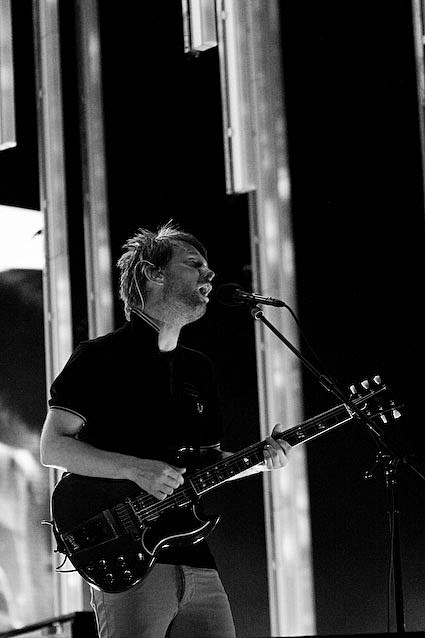 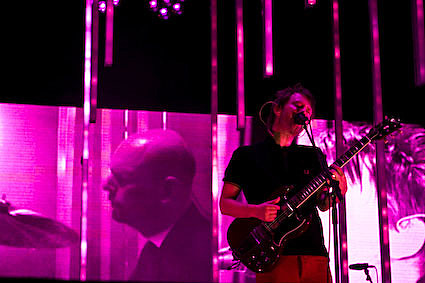 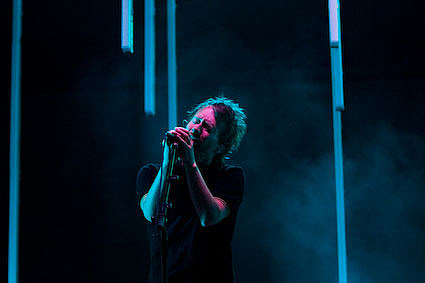 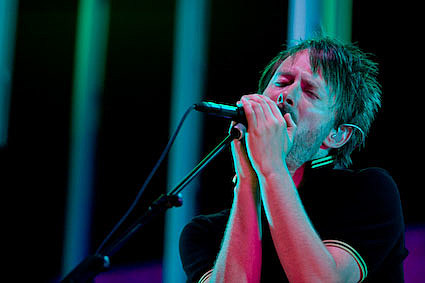 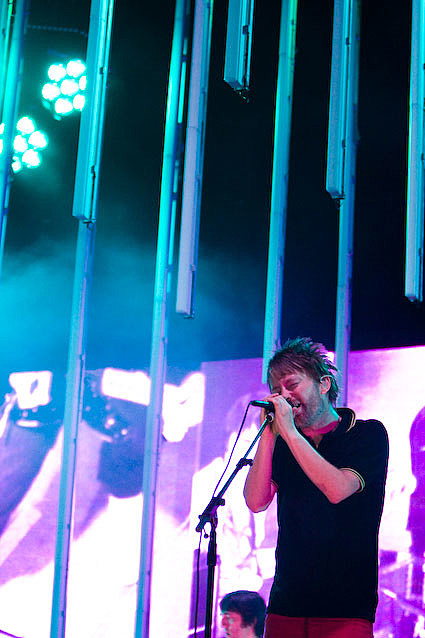 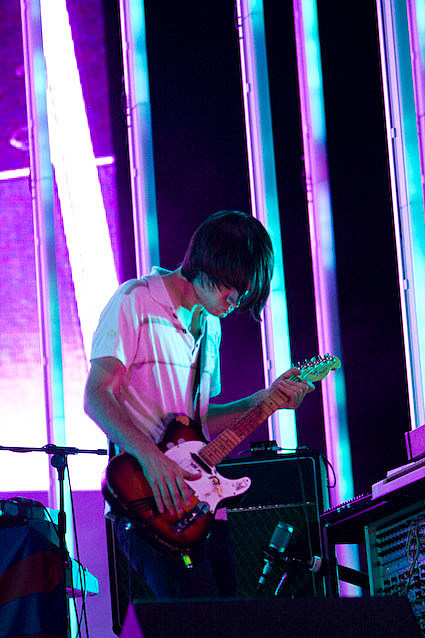 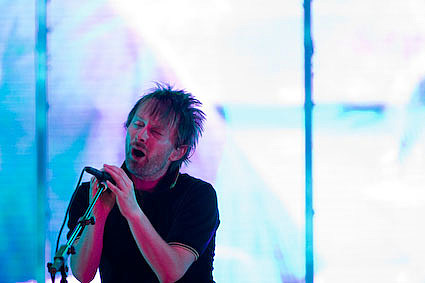 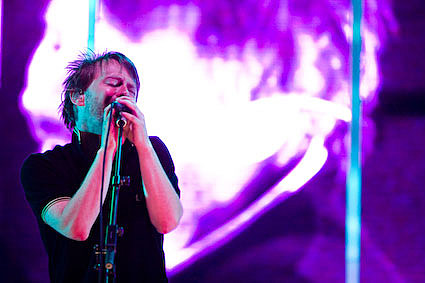 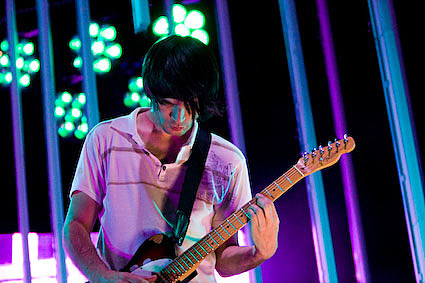 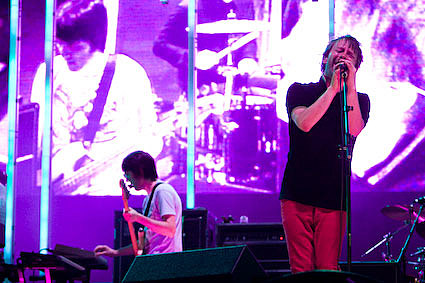 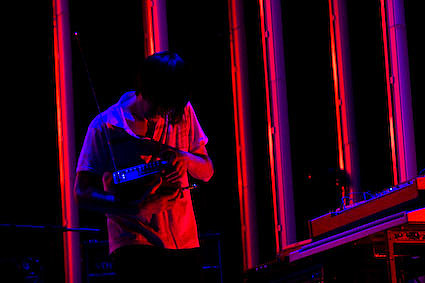 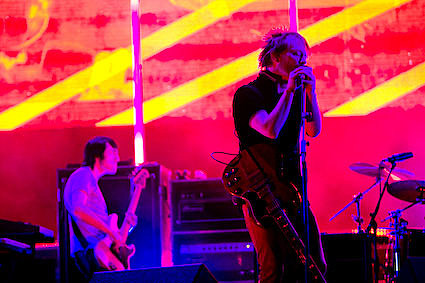 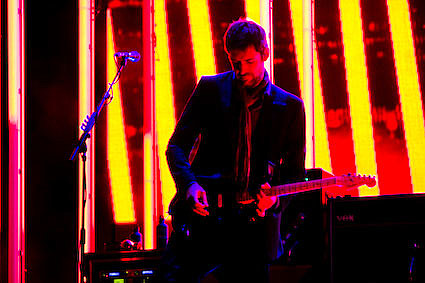 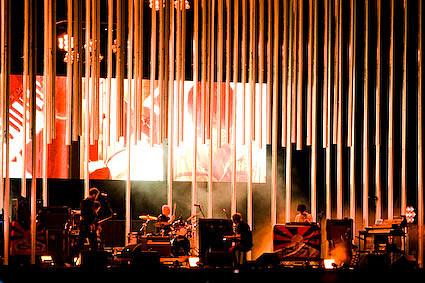