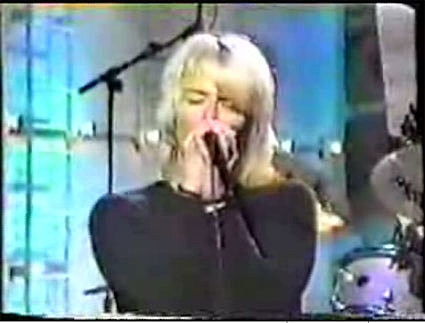 One of the biggest bands in the world, Radiohead, will make an exclusive appearance on NBC's "Late Night with Conan O'Brien" Wednesday April 23 (12:35-1:35am ET).

The band - who made their network television debut on "Late Night" and were O'Brien's first-ever musical guest in 1993 - has recorded an exclusive live performance from their critically acclaimed and record-industry-paradigm-shifting release "In Rainbows" to air on O'Brien's contribution to NBC's "Green Week" of environmentally conscious programming.

Recorded live in London, Radiohead's performance of "House of Cards," represents an ongoing effort by the socially conscious band to act in the greenest manner possible. By opting to record this exclusive performance rather than fly over for a one-off appearance, the band - as frontman Thom Yorke notes in the introduction to their performance - avoided leaving a carbon footprint equivalent to driving one's car for a solid year.

Grizzly Bear plays Conan tonight (April 21). She & Him on Tuesday. Video of that 1993 Radiohead performance below....

Filed Under: Conan OBrien, Grizzly Bear, Radiohead, She and Him
Categories: Music News, TV related news, video
Comments
Leave A Comment
36 New Songs Out Today
The Callous Daoboys’ mathcore is for everyone: “I don’t want to be this middling heavy band, I wanna be The 1975″
“There’s no Radiohead at the moment,” says Ed O’Brien
Thom Yorke shares solo rework of Radiohead’s “Bloom” for Greenpeace ad
Watch The Smile debut new song “Bending Hectic” at Montreux Jazz Festival
18 New Songs Out Today