"Just passed by the Radiohead line at Roseland & there is definitely a woman in that line with ACTUAL MENTAL ILLNESS. Weird scene." - Ahmad Bilal 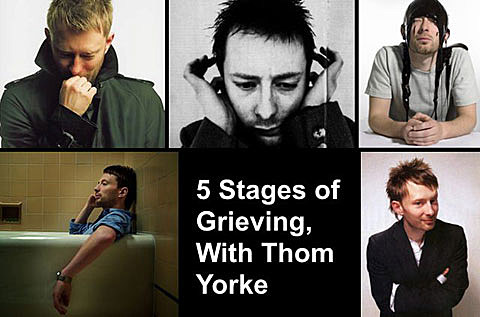 Radiohead plays their first of two shows at Roseland Ballroom tonight (9/28) with Four Tet and friends. Tickets went on sale Monday morning and naturally sold out instantly. People are already in line to get in (see above), though I doubt they have been there as long as some waited to try and get in to SNL (or have they?).

Huffington Post wrote an article about how people are mad at not getting Radiohead tickets, and it included this statement from a Ticketmaster rep:

"There was tremendous demand for Radiohead's New York shows and in comparison, there were a relatively small number of tickets available. This is an example of where paperless ticketing -- currently restricted in New York -- could have created a great fan experience and ensured that all of the available tickets were purchased by real fans instead of some being scooped up by scalpers."- Ticketmaster

One poor soul got some kind of confirmation but no tickets. He claims a Ticketmaster rep later told him, "I don't know why you didn't get them. Our servers were overloaded." Meanwhile, one jerk wants $1500 for a pair on eBay. Another on Craigslist will take you to make his ex-girlfriend jealous.

The above photo comes from Gothamist who also aggregated some funny scalper listings.