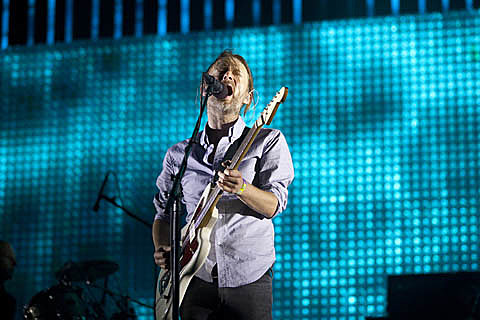 Radiohead were announced today as one of the Primavera Sound headliners, and we knew they have a new album on the way, and now all that news just got even more exciting. The festival's press release announces the band's set by calling it: "The presentation of the new album by the British band Radiohead." They're also playing Nos Alive and OpenAir St. Gallen, and there's no word yet if they'll also be playing their new album at those fests (or at other TBA shows). But if nothing else, this means we'll hear it live in June.