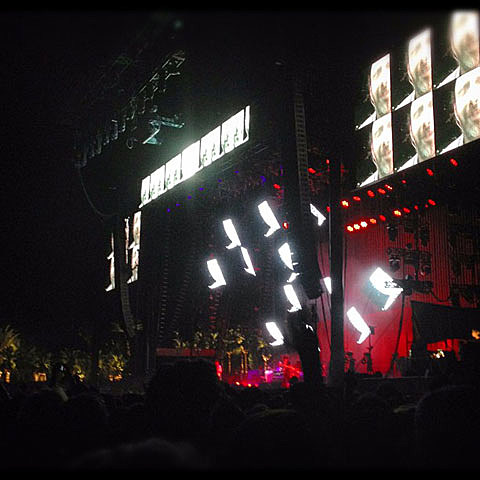 One night after Thom Yorke played a DJ set at the Ace Hotel, Radiohead played Coachella again (pictures HERE). This week's setlist was 21 songs vs. last week's 20. Order of songs aside, this week's crowd heard six different tunes. They got You And Whose Army?, Nude, Kid A, Feral, House of Cards, and Exit Music (for a film), but didn't hear Daily Mail, Myxomatosis, Identikit, Lucky, or Everything in Its Right Place. Check out the entire 4/21 setlist, below...