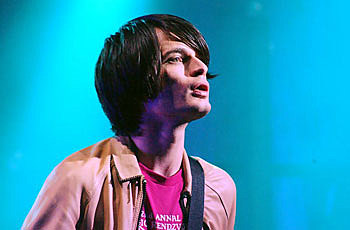 Commissioned by the BBC in 2005, when Jonny Greenwood was named the BBC’s Composer-in-Residence, and premiered in November 2006 at Queen Elizabeth Hall in London by the BBC Concert Orchestra, “Popcorn Superhet Receiver” is a 20-minute work inspired by the phenomenon of white noise and the music of Krzysztof Penderecki, György Ligeti, and Olivier Messiaen. For its U.S. premiere, the work has been revised by the composer and will be performed by a string orchestra comprising 18 violins, 6 violas, 6 cellos, and 4 double basses.

The Wordless Music Orchestra will be led by conductor Brad Lubman, known for his work conducting the Steve Reich Ensemble, and will feature a one-time gathering of 50 instrumentalists, who represent many of the brightest talents in New York’s classical and new-music community. They come from a diverse group of bands and ensembles who have drawn inspiration from the music of Jonny Greenwood and Radiohead throughout the group’s 15-year history, including members of Alarm Will Sound and So Percussion.