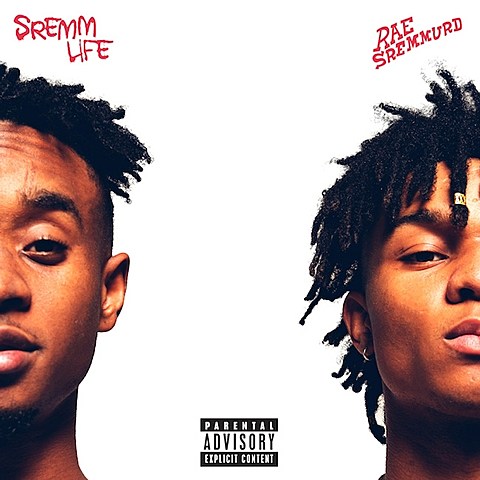 Rap duo Rae Sremmurd, whose hits "No Flex Zone" and "No Type" you may know if you use the internet, listen to the radio, or frequent bars, attend parties or other public places that play music, released their mostly-Mike WiLL Made-It-produced debut album, SremmLife, earlier this month via Interscope and Mike Will's EarDrummers imprint. (Rae Sremmurd spelled backwards is Ear Drummers.) In addition to Mike Will, there's production by Chief Keef associate Young Chop ("My X"), and guest appearances by Nicki Minaj & Young Thug ("Throw Sum Mo"), Big Sean ("Yno"), and Jace of Two-Y ("Unlock the Swag"). If you haven't heard the album, you can listen below via Rdio.

Rae Sremmurd have four NY-area shows coming up this week, including a NYC appearance on Thursday at Webster Hall, where they'll be the guest at this week's edition of Just Blaze's House Party (last week was Fetty Wap). Tickets for that show are on sale now. After that, they play Clinton, NY; Howell, NJ; and Danbury, CT. All dates are listed below.

Waka Flocka Flame, who remixed "No Flex Zone" with his own verses not long ago, also has a Webster Hall show coming up, which happens on 4/20 and has special guests promised. Tickets for that show go on sale at 10 AM on Friday (1/16).

He has other dates before that too. All are listed, with his remix of "No Flex Zone" and the SremmLife album stream, below...